Well, I guess you have to consider contributions to Facebook as well these days. I did.

R – This guy has a Redemptive Imagination — He is (at his own admission) recovering from ways of thinking and living that had previously impaired him from becoming all he was created to become. He is all about imagining a better way – with “why, what if, where, how about, is it possible, have you ever considered, what about this?” – and the like. Reading Ron is like being the first person who meets a prisoner outside the gates after being released from 10 long years in a cell. His freedom of expression is infectious. His posts in the faith & culture genre are, in my opinion, the leading edge of whatever happened to the “emerging movement” in North America.

O – Ordinary. Ron has a day job, is a husband, father, community activist, musician, cyclist, avid reader and generates an obscene amount of quality content on his blog and Facebook. He lives where most of us live – in the ordinary of the everyday.

N – Nice – You just cannot encounter a nicer person. Nice is underrated today – primarily because people have adopted nice as a way to be insincere or inauthentic – to mask their true selves. Not Ron. He’s real. He cares – Deeply. Read him and you too will garner a unique appreciation for his authenticity.

C – Compassion with passion. That’s Ron! He’s a creative – utilizing images, writing, quotes from others, video, music and other elements I have overlooked here – to present a passionate portrayal of his perspective on perplexing problems and the prospects that unique possibilities present. He’s incredibly consistent regarding being absolutely unpredictable about what you might encounter in his next blog or FB post. Yet, he manages to be consistently refreshing. His posts are inhabited by an uncommon courage.

O – Owns the questions. Because he is one…a QUESTIAN. You won’t get a human with all the answers via Ron Cole. On the contrary – what you’ll get is a writer, thinker, encourager, care-giver, wonderer, wanderer, sojourner, observer – who embraces the mysteries of life, and the process of exploring the same. Ron is oxygen for those suffocating from more of the same.

L – Listener, Lifelong Learner  and Lover – Ron knows how to listen, learn and is an advocate for the transformational possibilities of love. Don’t get me wrong – 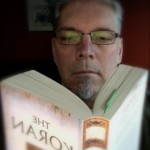 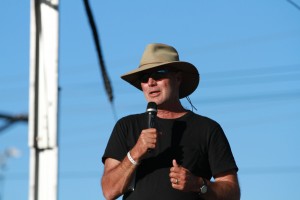 If you read Cole and McLaren in 2013 on a regular basis, these guys will positively impact your soul.

How do I know this?

Because I did just that in 2012 and fully intend on continuing this practice in 2013.