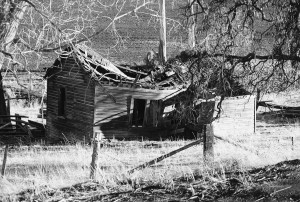 What are the odds of your home being struck by a meteor? Has the current extraterrestrial economic crisis in the U.S. pummeled the value of your home, your neighbor, a friend, colleague or family member? When you look at what you currently owe on your home mortgage versus the current appraised value, are you in-the-hole? As you sit in your living room, do you feel as if you are treading water in the bottom of a crater, staring up at the walls of seemingly insurmountable mortgage debt that now surrounds you?

The economic meteor that has crushed the valuations of the U.S. housing market has created an incomprehensible financial crater for millions of American households. One observer writes that this phenomenon is the result of a defiance of the natural laws of the universe.[i] The mortgage holders I am referring to have the following characteristics in common:

These are the millions of responsible U.S. homeowners who have become the innocent victims of the horrific impact the economic meteor shower has inflicted on individuals, families, neighborhoods, communities and regions throughout this country. They are the innocent bystanders who have experienced tangible, enduring, economic collateral damage by virtue of the irresponsible actions of other individuals, institutions, and government regulatory agencies. One study reveals that: “Home price declines will have their biggest impact on prime “conforming” loans that meet underwriting and size guidelines of Fannie Mae and Freddie Mac.”[ii] These loans comprise two-thirds of mortgages, and have historically been considered mortgages granted to the most creditworthy borrowers. Translation: These are the U.S. citizens for whom the system has failed.

What is the perspective of those who are living in the bottom of these craters? Consider the following:

Voice from one crater dweller to another, looking up at the craters edge above her:        Hey! Is that Ben Bernanke up there?

Crater Dwellers – The Numbers Are Climbing

For the third quarter of 2009, foreclosure filings in the U.S. hit an all time high up 23% over the same quarter in 2008. According to the S&P/Case-Shiller Home Price Index, average home prices in the U.S. are currently at 2003 levels, based upon data from August 2009 — down approximately 30%. Studies by The Kellogg School of Management have found that when the mortgage balance due is 10% or more than the value of the home, people begin to abandon their homes. As this crater deepens, the percentages of those who walk away from their economic cavern increases. One author notes: “Not only do abandoned homes lead to higher crime rates and lower tax revenues, they are like a cancer that spreads to neighboring homes.”[iii] Deutche Bank has forecast that the number of crater dwellers in the U.S. (those with negative equity in their primary personal residence) will rise from approximately 14 million mortgage obligors as of the first quarter of 2009 to 25 million by the first quarter of 2011. Translation: 48% of all U.S. mortgages will house crater dwellers – 41% of these folks have conforming loans. Others have suggested that at the beginning of 2009, “more than half of American homeowners owed more on their homes than they owned.”[iv]

On November 6th 2009, the U.S. unemployment rate hit 10.2% in October 2009 — the highest figure since 1983. The consumer confidence index for October 2009 revealed that the U.S. consumer outlook has become more pessimistic about business conditions, the labor market, and prospects for future earnings. Some economists believe the growth in third quarter GDP is due primarily to stimulus incentives and will likely fade throughout 2010. The U.S. Congress appears inextricably paralyzed in their collective responsibility to muster the political will to craft a meaningful solution. Translation: U.S. households dwelling within mortgage craters don’t spend money. Strategic efforts to extricate the U.S. economy from the negative inertia/drag this reality continues to exert on the prospects for a sustainable recovery of the U.S. economy must begin in earnest. Who will take the lead in this endeavor?

“The only case for an independent central bank in a democracy is that it can take a longer view and do what is in the interest of the people in ways that elected politicians cannot.”[v]

The Case for Cash For Craters

The contribution of cash for clunkers is now history. It’s over. Approximately 690,000 vehicles were sold for $3 billion sparing 42,000 jobs in the auto industry. Remember – These consumers received money for trading in junk – clunkers worth virtually nada, zilch, zero, zip!

Newsflash America: You cannot live in your car! My Black Lab Reggie and I spent one night in mine…it’s a memory we’d both like to forget. Trust me.

Gluskin-Sheff’s Chief Economist and Strategist David Rosenberg writes: “Even though we’re probably past the worst in the business cycle and probably even in the bear market, we’re talking about something much bigger here. The largest balance sheet in the world is the U.S. household balance sheet, and it’s contracting at a record rate.  — The ratio of debt to income increased from about 35% in the early 1950s to about 65% by the mid-1960s, where it more or less stayed until the late 1980s. That’s when debt started its epic rise, hitting 100% of income in 2001 and going all the way up to 133% in 2007.”[vii]

“To understand how economies work and how we can manage them and prosper, we must pay attention to the thought patterns that animate people’s ideas and feelings, their animal spirits. We will never really understand important economic events unless we confront the fact that their causes are largely mental in nature.” [viii] They make the case for the role of confidence, hope, fear and trust in the macroeconomic mosaic. In an earlier work, Shiller points to the unequivocal importance of the human imagination, social psychology, a sense of fairness, and the deleterious effects of resentment.[ix] The field is now referred to as behavioral economics. It is the emotional, mental and attitudinal composition of people within a culture that has now garnered the focal point for research in this arena. Why? Because the assumptions that has guided economics over the last several decades that markets and economies are rational, efficient, self-correcting, people/investors/traders/homeowners are reasonable – and that the risks are quantifiable, predictable, and that tomorrow can be inferred from yesterday — is under siege. We have learned that “uncertainty, as opposed to risk, is an indefinite condition, one that does not conform to numerical straitjackets.”[x] Translation: Economics is a social science, just like sociology or psychology or political science. It involves much of human behavior and the human condition that we cannot continue to pretend to understand. There are people; moms and dads, children, teenagers, young adults, students, bread winners,  seniors, entrepreneurs, business owners, families, neighborhoods, communities, regions across this nation — treading water in the depths of these mortgage craters. The precariousness of the ongoing uncertainty currently experienced by this segment of the U.S. economy need not become an indefinite condition. The strategic plan for U.S. economic recovery must address this fiasco, or run the risk of allowing millions of impaired U.S. consumers to become casualties of exhaustion and subsequent drowning — the avoidable fate of those who are left to tread water without the resolve of passersby to come to their rescue.

The current economic crisis has prompted many to scurry to seek guidance from the economic history of this nation, particularly The Great Depression. Of course, the distinct differences between the structural complexities of the economic infrastructure during the Depression era versus today provide a convenient backdrop to rationalize away the pertinent lessons that might serve to inform our thinking today. Some have suggested that we are somehow more advanced and learned today – therefore immune to the miscalculations that contributed to the human misery suffered by millions during the Depression.  Others carelessly take the position that this too shall pass. Finally, there appear to be loud voices shouting in the chambers of the U.S. Congress that we have already done too much. Yet, there is one parallel from the Depression that is particularly poignant as it pertains to the U.S. economic crisis today:

“The Great Depression was not some act of God or the result of some deep-rooted contradictions of capitalism but the direct result of a series of misjudgments by economic policy makers, some made back in the 1920’s, others after the crisis set in – by any measure the most dramatic sequence of collective blunders ever made by financial officials…authority at the Fed shifted to a group of inexperienced and ill-informed timeservers, who believed the economy would return to an even keel (emphasis is mine).”[xi]

Translation: The duly empowered failed to act as aggressively and deliberately as the reality demanded.

As Roger Lowenstein has said; Finance is poetically just; it punishes the reckless with special fervor.”[xii] Well, that’s a half-truth – particularly when the reckless wreak indisputable financial and emotional havoc on a broad segment of a strategically essential component the U.S. economic landscape. To paraphrase an oft-quoted utterance of economist John Maynard Keynes, markets can remain irrational longer than you can remain solvent. Unfortunately, this insight reflects the conundrum that millions of U.S. homeowners currently find themselves in. It’s difficult to hear the voices of those mired in the depths of a crater. Yet, we cannot continue to wander by this reality, reluctant to move toward those who remain trapped in the darkness beneath the collapse of our economic infrastructure, ignoring the necessity to move toward their cries for help. We must embrace the responsibility and become those “who are willing to open their eyes and assess the facts in the cold light of day.”[xiii]

A recent New York Times editorial has suggested, “We know that more stimulus spending and government programs are a fraught topic. But they are exactly what the country needs. It may be the only way to prevent a renewed downturn.”[xiv] The purpose of this article is to illustrate the moral imperative and economic necessity to include this impaired class of U.S. homeowners in the lifeline that has yet to be extended.

Former President Theodore Roosevelt captures the essence of the opportunity that currently awaits our embrace when he wrote:

“Until we put honor and duty first, and are willing to risk something to achieve righteousness both for ourselves and for others, we shall accomplish nothing: and we shall earn and deserve the contempt of the strong nations of mankind.”[xv]

Voice from the bottom of the crater:

[i] McDonald, Lawrence G.  with Robinson , Patrick A Colossal Failure of Common Sense – The Inside Story of the Collapse of Lehman Brothers, Crown Business – an imprint of Crown Publishing Group, a division of Random House Inc. NY, NY Copyright © 2009 by Lawrence G. McDonald and Patrick Robinson, p. 77

[v] Wessel, David In Fed We Trust – Ben Bernanke’s War on the Great Panic – How The Federal Reserve Became The Fourth Branch of Government, Crown Business – An Imprint of the Crown Publishing Group, a division of Random House, Inc. NY, NY Copyright © 2009 by David Wessel, p. 271

[xv] Power, Samantha A Problem From Hell – America In An Age of Genocide,  Perrenial – An Imprint of HarperCollinsPublishers, New York, NY Copyright © 2002 by Samantha Power, p. 11.

21 thoughts on “Cash For Craters”