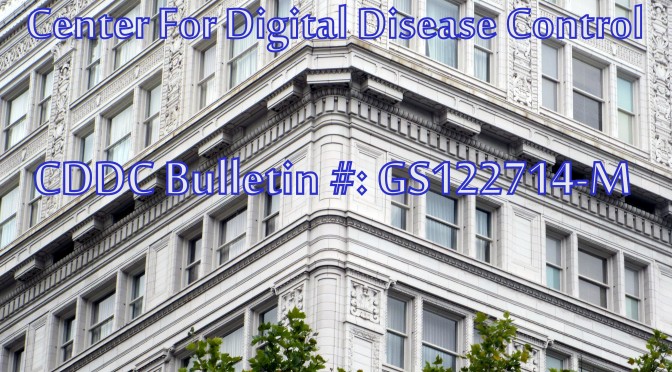 According to CDDC research scientists, 2014 was the year when the digital weapons of mass distraction (​D​WMD) continued to wreak havoc on the health of humans. The like, link, +1, tweet, share​, apps, friend​, ​​feed​, ​follow​, ​favorite craze possesses an unencumbered​ inertia that continues to numb the ​lives of significant segments of the human species.

The CDDC has now officially recognized this syndrome as Momentumb – a disorder whereby one’s life begins to tumble amidst the energy the digital daze inflict​s on humans  – without regard for the potential​ life numbing consequences of the same.

Did you spend 2014 tumbling through yet another year submerged in the digital universe?

Clearly, the ongoing evolution of the digital dimensions of human life provides opportunities for enhancing the quality of human life. However, new evidence confirms the existence of epidemic proportions of a new form of digital disease – now infecting human populations across the globe.

​The CDDC urges both the public and health care providers to be aware of the following questions to determine if they may be suffering from the onset of Momentumb:

1. Time – ​During 2014, did the amount of time the digital universe ​devoured in your life increase? Be honest. What benefits did the quality of your life derive from this immersion? What sacrifices did you make to allow this to occur? ​ Did you ever find yourself surprised about the amount of time that had transpired while immersed in the digital universe? Did an app or apps begin to eat into your time in 2014 to a greater degree vs. 2013?​

2.  Like-minded – If you surround yourself with friends, feeds, follows and favorites ​- ​people, perspectives and/or ​points of view that you ​favor, ​like or agree with​ – what has become of the ​value of the alternatives? (​eg., ​the priceless gift of dissent, diversity of opinion, behavior, ​lifestyles, ​belief systems, tastes​ ​and difference). ​

3. Contraption Contraction​ – Did your horizons expand or contract in 2014? Translation: Did the amount of time you spent developing human-to-human interpersonal relationships in 2014 expand​ or contract? Did your focus on access to/expansion of/time dedicated to contacts via social media platforms expand or contract? Did the amount of time you spent developing​/investing in​  human-to-human interpersonal relationships ​ decrease or increase?​ Did the quality of your life expand or contract in 2014 due to your participation in the digital universe?

​4. Immediacy vs. intimacy​ – Did the immediacy (instant notification via feeds, follows, friends, and favorites) of social media intrude further into your life in 2014? ​Did your choice to allow social media’s immediacy intrusions into your life cost you time that could have been invested in more intimate human interactions (like face-to-face) and/or other personal enrichment activities?

5. Craving – Did you find yourself craving a digital connection? Did this craving increase during the year? Did the craving make you annoyed, distracted or intolerant?

6. Attention Degradation Disorder – During 2014, did you find yourself avoiding books, lengthy articles or other materials that require you to concentrate on reading?

According to the CDDC, the disease of Momentumb ​is both subtle​ and accretive…it’s like the numbness that comes over a portion of your leg or foot – you rarely notice how it has intruded upon your body until you attempt to change your posture…and tumble attempting to stand on an appendage that has become numb.

As 2015 is about to begin, the CDDC recommends that the public become vastly more aware of the health risks of  Momentumb.  This is a new reality worthy of your consideration – as you ponder your goals and objectives for the new year.

According to the CDDC, hit the off button in 2015. Disconnect and rediscover the dynamic dimensions of life that the digital daze precludes you from enjoying. Set healthy goals for your life in 2015 – disconnected from the digital universe.

Momentumb – you need not succumb.

This piece is the first in my new 2015 series entitled “Fixion – Public Policy Perspectives Where Non-Fiction Has Not Yet Traveled.”