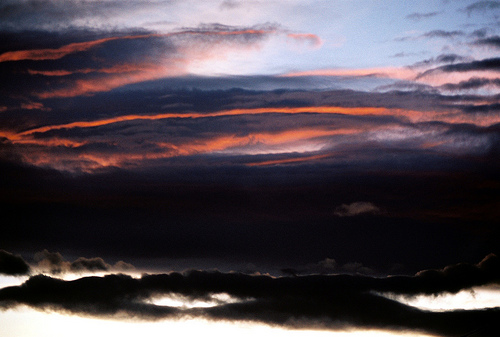 Christialiens Imposters Inhabit the Body of Christ in the U.S.

Have you ever seen one of those science fiction movies where aliens from another planet take over the physical bodies of unsuspecting earthlings? Somehow, the unsuspecting Christian is snatched up and beamed aboard some sort of spacecraft where the transformation takes place. (I’ve never been on one of these ships but I sure would like to get a look at the inside of one). When they’re returned to earth, they look exactly the same as before they were abducted. The abductees typically have no near-term recollection of what has happened to them. Yet, they behave quite differently. Let me explain.

The Christian Center for Disease Control (‘CCDC’) has issued the following health alert for the Christian community in the U.S.: “It appears that the body of Christ in the U.S. has become infected with imposters. We are referring to the afflicted beings as Christialiens,” according to Dr. Larry Frank, Communications Director for the Institute. “We have several thousand suspected cases. Unfortunately, this outbreak has now officially been identified as possessing the clear and present danger of becoming an epidemic.”

Acting on anonymous tips, the CIA (Christian Intelligence Agency) launched a nationwide, multi-agency, covert sting operation. Agencies involved included the DEA (Disciples to End Apostasy), the ATF (Agency of True Faith) and the FBI (Federal Bureau of Insurrection). Through the use of confidential informants and the successful infiltration by undercover agents, the task force apprehended several hundred Christialiens during the last week in the Washington, D.C. and Louisville, Kentucky areas.

In Washington D.C., San Diego radio-show host Roger Hedgecock of the “Hold Their Feet to the Fire” claim to fame was accompanied by 16 other radio hosts from California (John and Ken from KFI in Los Angeles were there), Texas, Arizona, Idaho, Montana, Arkansas, New Mexico, Pennsylvania, Tennessee, Ohio and Washington state. These folks aired their radio broadcasts live from a Holiday Inn meeting room near the U.S. Capitol. Joining these hosts were and an estimated 400 fans ( proudly referred to as the “Angry Mob.”). In Louisville, KY,   the Justice Sunday gathering was held at a megachurch with a highly anticipated, videotaped, keynote address entitled Stop The Filibuster Against People of Faith from Senate Majority leader Bill Frist. It was broadcast via satellite simulcast to hundreds of thousands of the Christalien brethren throughout the United States. According to Task Force spokesman R.E. Pentance, “These events were identified by agency informants as target rich environments infiltrated by hundreds of Christialien insurgents.”

Detainees apprehended at these events for questioning were whisked away by Task Force personnel and are presently quarantined in a secure, underground bunker. The location has not been disclosed due to national security considerations. The Christian Center for Disease Control (‘CCDC’) disclosed today that they have completed in-depth interrogations of 304 suspected Christaliens infected with the disease. At a press conference today, Dr. Hans Lewis, Director of the National Academy of Christian Epidemiology, who led a team of theologians who conducted the interviews and have profiled the characteristics of the malady stated: “There appear to be no visible, external, physical symptoms of the disease. You cannot distinguish between a sufferer and a healthy disciple from their outward appearance. Each sufferer has a vague recollection of being transported to a place (the abduction) where they became inhabited with the malady. It may be infectious. It’s just too early to tell. Clearly, the heart and mind of the unsuspecting victim have been significantly altered. We have identified the source as the Devil himself.” (Gasps from the crowd were heard as a female reporter ran from the Media room screaming hysterically, “They’re here! They’re really here!”).

The following section will describe the symptoms of Christialiens, as outlined by Dr. Lewis and his team:

1.    Power focused faith – The patients have become spiritually overwhelmed with socio-political issues of secular life. Their focus on Christ has diminished markedly, in some cases, altogether. They are clearly overwhelmed with concerns about what is going on with the legislative, judicial and executive branches of the U.S. government. Winning, losing or spinning their personal interpretation on these issues has become their ultimate concern. They have distinctly lost their ability to sustain a focus on their personal relationship with Jesus Christ.

2.    Self-Righteousness – The need to have ‘right’ beliefs on particular social and political issues in our culture has become the overriding concern of the Christialien. They are obsessed with position that they have all the right answers. They contend that the only problem is that the rest of us aren’t listening. They are compulsive about characterizing the world as us vs. them. Rather than treating them as neighbors to be loved, them has morphed into opposition enemies to be trampled and eliminated. This obsessive-compulsive dimension of the Christialien disorder results in markedly reduced or complete abandonment of their individual devotion to, and worship time with Christ. Worship has become warship for these poor folks whereby assemblies of believers are focused on bartering with God to bless the days pressing political agenda rather than house the homeless, feed the hungry or love their undocumented immigrant neighbors as themselves. Every Sunday, the pulpit is used a gun turret to target the coming weeks focus of the congregation’s spiritual coordinates.

3.    Arteriosclerosis – According to Dr. Lewis and his team, “Without exception, each Christalien suffers from an advanced ‘hardness of heart’ condition. Commonly referred to as arteriosclerosis or a hardening of the arterial walls of the heart that leads to impaired circulation.  It is particularly acute in patients when confronted by others who hold views on issues that are different from theirs.”

4.    Arthrightus – Due to the circulatory impairment described above, Christialiens have become rigid, narrow-minded, mean-spirited and inflexible in their thinking and communication. This behavior has a tendency to be revolting to others and creates social distance between the Christialien and others in our nation. Rather than sincerely seeking to fulfill the Great Commission by attracting others to Christ, Christialiens repel others from seeking a relationship with their God. Christaliens feel distinctly superior to others. They think of those who hold views contrary to theirs as less than, evil and defective.

According to the CCDC, “The health of the body of Christ in the U.S. is under siege. Don’t panic. Repent and pray! Fall to your knees and ask Jesus to intervene in all this madness. Confess that you too have experienced some of the symptoms described herein. Confess to Him that you have felt resentment, disdain or disgust toward those who have been abducted and inhabited by the disease of the suffering Christialien. Pray that each of us shall muster the supernatural strength to hear and heed the following: “Narrow all your interests until the attitude of mind and heart and body is concentration on Jesus Christ. “Look unto Me!”  How do we do this? “We shall not become like Christ until we give Him more time.”