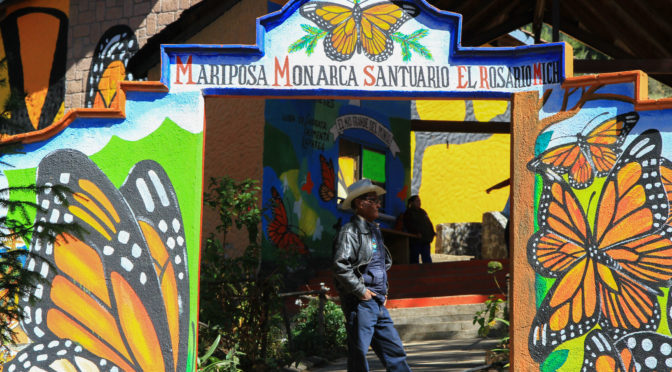 The body of 50 year old Homero Gómez González was found floating in a shallow pond in the community of El Soldado de Ocampo in Michoacan, MX this week. He was last seen on January 13th 2020. We visited the El Rosario Monarch Butterfly Sanctuary above Angangueo, Michoacan on January 18th. The area residents expressed grave concerns as to the whereabouts of Homero during our visit. An autopsy revealed a head injury and asphyxiation. Greenpeace Mexico has declared his death a murder. Homero Gomez Gonzalez was the chair of the El Rosario reserve’s management council.

The larger sanctuary area is referred to as the he Monarch Butterfly Biosphere Reserve. It is located in the eastern region of the state of Michoacán. Part of it resides within the state of Mexico. The vast expanse of this protected area encompasses (within the federal state of Mexico) the municipalities of Villa de Allende, Temacalcingo, San Felipe del Progreso, and Donato Guerra. In the state of Michoacan it includes the areas in close proximity to Angangueo, Aporo, Contepec, Senguio, Ocampo, and Zitácuaro. This biosphere and the associated Monarch butterfly sanctuaries are one of Mexico’s national treasures. In 2019, the Monarchs inhabit 14 colonies in the forests of both the states of Michoacán and México. The largest colony is in El Rosario in Michoacan measured recently as 2.46 hectares (or approximately 6 acres).

You can view my YouTube video of our visit to the El Rosario Sanctuary in January 2020 HERE. It is dedicated to Homero Gomez Gonzalez.

Every year, millions (estimates range to billions) of Monarch butterflies make the 5,500-kilometer (3,400-mile) migratory trek to the forests of this biosphere from Canada and the United States. They seek the climate and protection of these forests to protect them from the elements. They return to their breeding grounds in the U.S. and eastern Canada in the spring. This migratory miracle remains a scientific mystery. They are a threatened species – as this VIDEO illustrates. 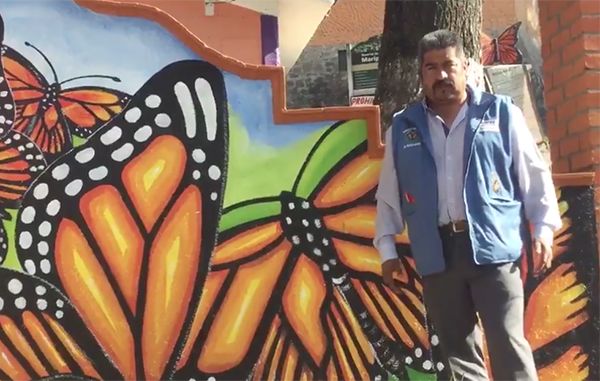 Homero was raised in the El Rosario area. His family was in the logging business and he became worried about the long term impacts of logging on the lives of the residents of this region. He studied agricultural engineering at Chapingo Autonomous University where he earned his degree. He became an activist against deforestation in the region. It was his idea and efforts that led to the designation of this region as a sanctuary for the Monarchs. He served as mayor, manager and the primary spokesperson for El Rosario. His work with the scientific community and the World Wildlife Fund resulted in the designated sanctuary status for the Monarchs in this biosphere. It is a designated UNESCO World Heritage Site.

As part of this process, logging became illegal in this area, This created tremendous conflict between the established economic interests in the area (logging) and ongoing conservation efforts. The Monarch butterfly sanctuaries continue to be threatened by the dual threats of pervasive poverty and gang violence in the region. Unauthorized logging and the penchant of some to expand avocado cultivation remain persistent threats.

Activism and advocacy in Mexico is a dangerous business. It is frequently fatal for far too many. According to one source, “London-based Global Witness counted 15 killings of environmental activists in Mexico in 2017 and 14 in 2018. In an October 2019 report, Amnesty International said that 12 had been killed in the first nine months of that year.” There were a reported 35,588 homicides in Mexico in 2019 – a record. Furthermore, as of September 2019, Mexico surpassed Syria to garner the title as the “deadliest country for journalists.” (Committee to Protect Journalists (NY,NY). 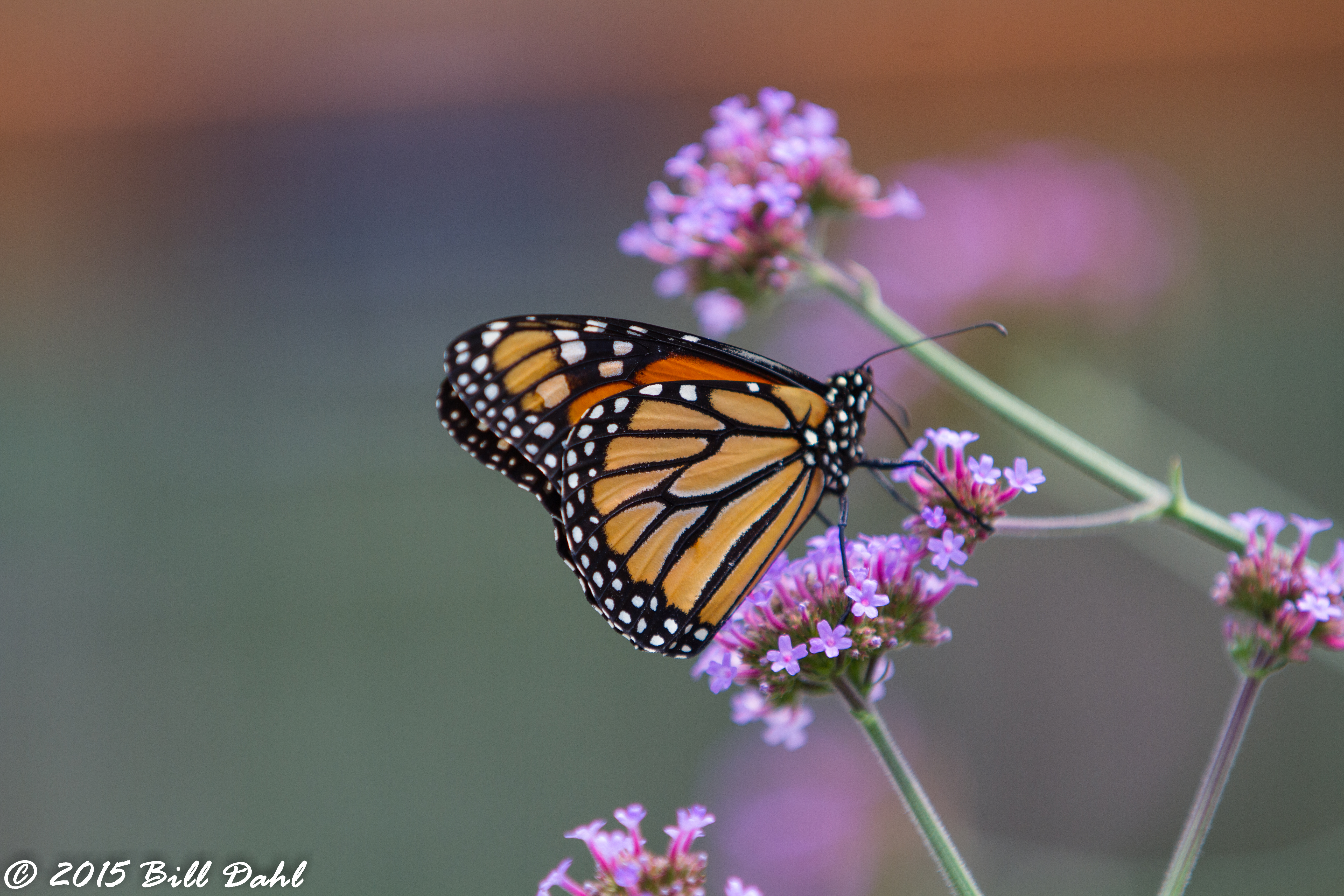 The world is a better place due to the life’s work of Homero Gómez González. One can only hope that the Mexican federal government and the global environmental activism community can carry on effectively in his absence – and establish the essential support, monitoring and protection network that the activists who take up his work shall require. 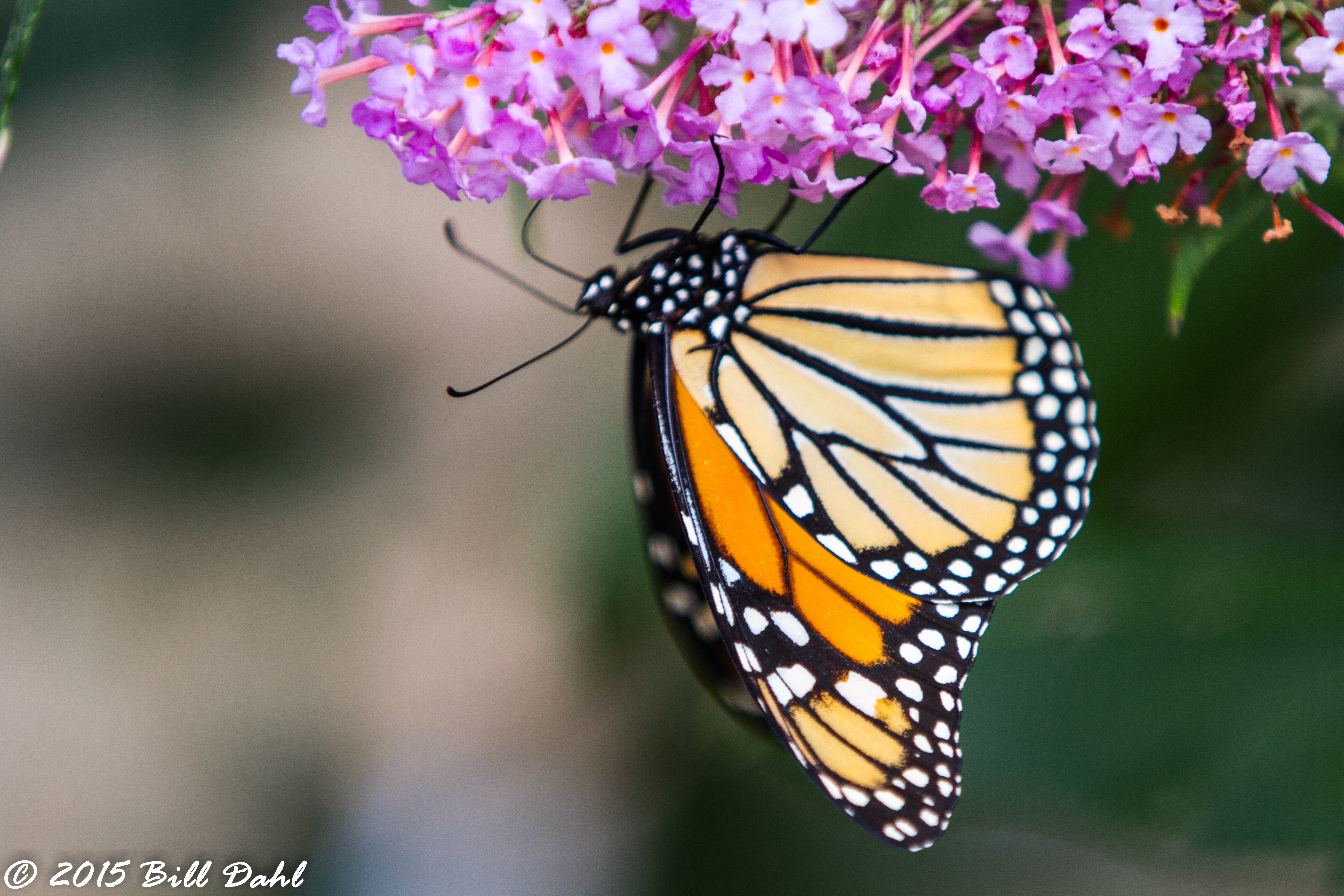 On February 20, 2020, legislation was introduced in both the U.S. House of Representatives and United States Senate. This legislation “would provide urgent protections for the struggling western monarch butterfly, a pollinator that is integral to supporting American agriculture and whose population has dropped by 99% since the 1980s.”