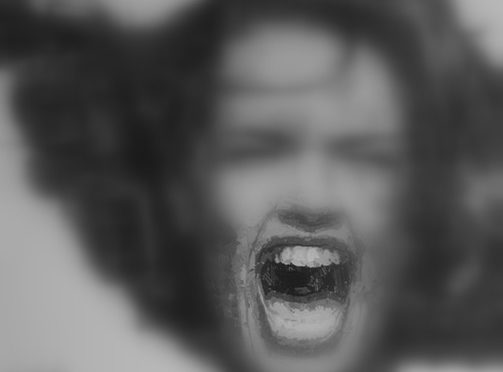 The Valentine’s Day Massacre occurred in Chicago, Illinois on February 14, 2019. Seven men were shot to death as part of a gangland war. The perpetrators were four men disguised as police officers. Nobody has ever been convicted of this crime. Ninety years later, Mexico’s municipality of Chapala has plunged into the midst of the Valentine’s Month of Mayhem & Murder.

On Valentine’s Day February 14, 2019 Chapala Mayor Moises Alejandro Anaya publicly declared the urgent necessity for assistance from state and federal authorities to increase security for residents of the municipality of Chapala. It’s beyond heartbreaking.

On Wednesday February 13th, one man was shot in Chapala and two in Ajijic. The three victims are hospitalized in stable to serious condition. On Tuesday, an expat store owner was the victim of an attempted carjacking. He was injured. On Monday, three men were shot and killed in Chapala, leaving a woman and a minor injured. Earlier in the month, a 78 year old Canadian expat was shot to death walking home in Ajijic, and four men were arrested in Chapala for aggravated robbery. News outlets have confirmed robberies and car burglaries are on the rise in the area.

Following the trail of this violence back a few more months, in late January, two people were shot and killed in Chapala and two were wounded.  Another man was murdered in Chapala in November. In October, Chapala’s Police Chief Amador Baena Pinzon declared he was increasing security in the area. (He might want to revisit this purported strategy).

There have been seven murders in the Chapala area over the past six months and no convictions. This is impunity at its worst. Impunity refers to “the failure or inability to penalize criminals.” According to an article published by the Justice in Mexico 0rganization based in San Diego, Mexico ranks second to last on the impunity index in a study of 59 countries. The study also reveals that insecurity, unemployment, impunity and corruption remain the top concerns of Mexican citizens.

The U.S. State Department’s Mexico Travel Warnings have not been updated since November 15, 2018. The Jalisco travel warning remains at Level 2 – exercise increased caution – due to crime “Some areas have increased risk. Read the entire Travel Advisory -”Violent crime, such as homicide, kidnapping, carjacking, and robbery, is widespread. ”Currently, U.S. Government employees have no restrictions traveling in the greater Guadalajara area, including Ajijic and Chapala. Stay tuned…

It’s important to keep in mind that tourists travel to experience pleasure. Their unequivocal preference is to avoid risk, inconvenience, and potential threats to personal safety. In this sense, prospective tourists have a built-in risk avoidance mechanism.  Countries and regions are acutely vulnerable to tourist perceptions of risk. Remember, an investment in or by an individual tourist or group is discretionary. It is a human choice. Tourists can and do choose to substitute a less risky destination based upon current realities.

Tourism is BIG business. It is the lifeblood of the Chapala and Ajijic area. Over 40 million tourists visited Mexico during 2018, spending over U.S. $20 billion. Most of those tourists come from the U.S. and Canada. It has been reported that violence in the PV area has recently resulted in the cancellation of 10-13,000 reservations for Spring break; a loss to the local economy of an estimated U.S. $20 million. (READ THE BOOK)

For the Chapala area, “selling the dream” is the mantra that has attracted U.S. and Canadian tourists for decades. That narrative has now been disrupted by reality. The challenge for the tourism and real estate industry in the Chapala and Ajijic area is not how to “nuance the nightmare.” It is to confront the reality with a new, tangible strategy to manage the mayhem. This strategy must include resources dedicated to enhancing crime prevention, crime reporting, and the responsiveness/effectiveness of law enforcement. This new strategy must produce verifiable results regarding apprehension and conviction of those looting, robbing, carjacking, burglarizing, murdering and maiming the local population.

One thing that we are all subject to is the influence of social media. Tourism is highly influenced by the perceptions acquired from these platforms.  The posts that influence perception of the Chapala and Ajijic areas on these sites has become decidedly more forthcoming over the past six months; disclosing the challenges and realities that inhabit the area, confronting the “selling the dream” narrative from those who have a vested interest in maintaining the mirage. The following are a few recent social media posts that represent what I’m referring to (authorized by those who made them):

“The reality in Chapala is disturbing for sure, but I’m glad it confirmed my slightly unsettling feelings I had after visiting the area. This “cover-up” has probably been going on forever. I’m sure people living there, making a good living, do not appreciate any of this. It’s not fair though to lure more and more people into, what looks like a good deal, but in reality isn’t. It’s our health and safety we have to be concerned with.” – R. – Canada.

“My friends who live in Ajijic are now planning a move back to the USA. This is all happening so fast. At the end of October they were encouraging us to join them. Now, they are sending caution. We are absolutely devastated. Falling in love with this romantic place and then finding out about the current murders and fabrication of information, really has taken the wind out of our retirement plans.”  J. – New York

“Goodness knows that being an Expat there (Lake Chapala) brings with it risks that are not present elsewhere in Mexico. We went there in September and needed to leave after just a few days, as the environment was toxic enough to sicken me. All of the other issues, and they are growing in numbers, make it an incredibly risky journey to be there at all. This new coverage, may be saving people from truly difficult experiences, and may be saving life and limb for people who may not otherwise know about this area, or these occurrences. B. – Mexico.

There are no words capable of expressing the heartfelt sorrow for those who have become fatalities and victims of the criminal chaos that has now descended upon Chapala.

The questions have now become: How will Mexico respond to this mayhem? How will the expats, residents and those with vested interests in the tourism and real estate industry in the Lakeside area become involved in advocating for essential solutions? Where will the financial resources come from? What the hell do we do now?

Perhaps the answers to these questions might be inhabited by the wisdom in the following quote from sociologist Daniel Levinson:

“De-illusionment is a reduction of illusions. It’s a recognition that long held assumptions and beliefs about self and world are not true. This process merits special attention because illusions play so vital a role in our lives throughout the life cycle.”

Truth be told, “selling the dream” in the Lake Chapala area has been an illusion for quite some time. It’s time to discard the dream and eliminate the illusion. It’s time to confront reality. People’s lives depend upon this new posture.