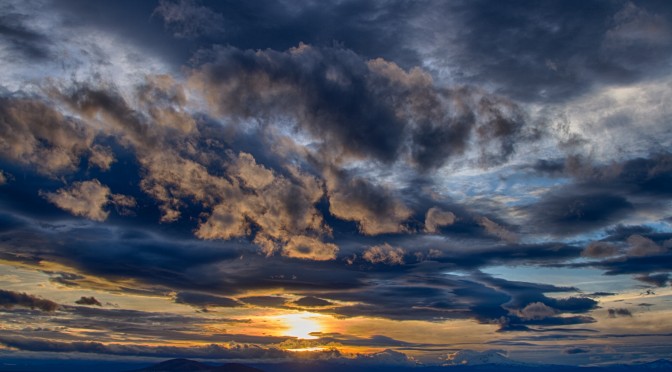 The following is my fifth consecutive monthly piece on the climate crisis. It was published on September 3, 2021 by Wall Street International Magazine and InDepthNews.

A Failure of Imagination

In August 2021, NBC News published a piece about the renewed interest in schools providing survival skills and urban disaster preparedness. The increase in attendance in these schools have one thing in common; climate change. Furthermore, the most common demographic is families with young children. I explore several of these emerging human adaptations to climate change by humans in this article.

In his book, How to Avoid a Climate Disaster – The Solutions We Have and the Breakthroughs We Need, philanthropist, entrepreneur, investor, and thinker Bill Gates writes:

“We have every reason to believe that at some point the impact will be catastrophic. We need to accomplish something gigantic we have never done before, much faster than we have done anything similar.” (p.33 & 69)

Another acclaimed author, David Wallace-Wells writes in his book, The Uninhabitable Earth – Life After Warming: “All of a sudden, it’s getting a lot harder to protect against what’s coming.” (p.74)

At the time of this writing, hurricane IDA is coming ashore in the U.S. Gulf coast region as a category 4 storm; the first recorded storm of this degree of ferocity since the 1850’s. The destruction and devastation is anticipated to be unimaginable. Wallace-Wells agrees with bestselling author Michael Lewis that we are currently living through what Lewis has described as The Fifth Risk;

“We often decide that an outcome is extremely unlikely or impossible, because we are unable to imagine any chain of events that could cause it to occur. The defect, often, is in our imagination.”

For many people, the fear of what’s unfolding around us via the climate crisis has begun to engender human behavioral responses; like enrolling in survival skills schools – among others. Perhaps, what’s occurring is humans are now beginning to perceive the personal risks of the climate crisis more intimately. These perceptions are prerequisites to fear arousal, and emerging human behavioral adaptations.

I had the opportunity to interview Chris Begley. Dr. Begley is an archaeologist with an expertise in underwater archaeology and the archaeology of the Mosquito Coast of Honduras. He lives in Lexington, Kentucky where he is a professor of anthropology at Transylvania University. He has a doctorate from the University of Chicago, and is a National Geographic Explorer. Begley is a Fulbright Scholar and a National Science Foundation Graduate Fellow. He was selected as one of the World’s 50 Most Adventurous Men by Men’s Journal Magazine in 2015. He has been featured in The New Yorker, National Geographic, American Archaeology magazine, and in documentaries on the BBC, Discovery Channel, and elsewhere. His new book (November 16, 2021 RELEASE DATE) is titled The Next Apocalypse: The Art and Science of Survival draws on his experience as an archaeologist and a wilderness skills instructor.

Begley writes “That which was hidden reveals itself to us.” He suggests, “We completely misunderstand how disaster works. Examining past collapses of civilizations, he argues that these breakdowns are actually less about cataclysmic destruction than they are about long processes of change. In short: it’s what happens after the initial uproar that matters. Some people abandon their homes and neighbors; others band together to start anew. As we anticipate our own fate, Begley tells us that it was communities, not lone heroes, who survived past apocalypses—and who will survive the next.”

According to Dr. Begley, “Neo-liberal capitalism is a huge problem. Democracies are captives to the same. We fail to see how massive these changes are, and will become, for human civilization. The shift from fossil fuels to clean energy will cause global disruptions of our current ways of thinking and living. Agriculture, the availability of clean water, etc. are just two areas that will require wholesale changes in the manner in which we currently produce and consume the same.” According to Begley, we are not thinking big enough in terms of our approach to imagining and implementing effective solutions to the climate crisis. Furthermore, Begley advocates for  keeping kindness and fairness in mind, as we prepare for the wave of climate refugees to come.

As it relates to the economic and governance challenges inherent in the climate crisis, Harvard’s Robert N. Stavins (A.J. Meyer Professor of Energy and Economic Development, Harvard Kennedy School of Government) agrees wholeheartedly with Begley, stating:

“But climate-change policies and the attendant costs of mitigation will be up front. This combination of up-front costs and delayed benefits presents a tremendous political challenge, since political incentives in democracies are typically for elected officials to convey benefits to current voters today, and place costs on future generations. The climate problem asks politicians to do precisely the opposite!”

As the subtitle in Bill Gates book indicates ( The Solutions We Have and the Breakthroughs We Need ), we are currently ill-equipped to develop and deploy a comprehensive, global solution to the climate crisis. For some, this reality is causing people and companies to look for “survival solutions.” You have probably read about those exploring the possibilities for life beneath the surface of our oceans. Then, there are those hopeful that humans may be able to exist via new forms of accommodations in outer space. Sure, you can buy an electric car, install a heat pump, install solar panels, recycle, reduce water consumption, plant trees and vegetation, and reduce your personal footprint for using products that emit harmful, climate damaging substances. However, what we are currently witnessing are efforts by some who have accepted that climate change will require developing new living environments for humans. Now! One of those efforts I refer to as burrowing.

Several start-ups exist who are exploring alternative possibilities for life on Earth – beneath the surface. With teams of geologists and engineers, experts in water, air, agriculture, solar and thermal energy – as well as boring technology – these initiatives are active and cloaked in confidentiality. These efforts are as small as companies developing subterranean survival chambers for individuals and families on their own land (think tornado/storm survival chambers) – to vastly larger efforts whereby entire sustainable communities are being envisioned to reside beneath the surface of the Earth. In the latter case, the assumption is that energy can be produced on the surface via solar arrays, and new forms of agriculture must emerge to feed the inhabitants, and source drinking water from below.

What we are not seeing is a consensus and coordination for imagining and deploying the essential, comprehensive, global solution to the challenge. Why?

In summary, my personal preference is to avoid living in an enclosed aquarium beneath the sea, a cubicle in space, or a cave beneath the surface of our planet. It’s easy to become distracted or enamored by the novel human adaptations to climate change that are currently emerging. Yet, it is paramount that our focus not become enamored with the novelties that the climate crisis is, and will, thrust upon us. Where is the vision, will, imagination, governance mechanisms and consensus creating vehicles that are essential to develop and implement the systemic solutions required?  As Bill Gates writes:

“We can’t be afraid to bet on some crazy ideas. It’s the only way to guarantee at least a few breakthroughs.” (p. 114).

At the present time, the only thing that is crazy is the absence of a coordinated, global effort required to effectively address the emerging tangible threat to human life on Earth. May those with the crazy ideas speak up! Adaptation is over-rated when the world requires innovation, coordination, consensus and leadership.

Perhaps crazy is a prerequisite for addressing the enduring defect in our imagination. What is truly crazy is to continue down the path we are on – adapting to the new threats to human existence the climate crisis continues to thrust upon us.

One thought on “The Climate Crisis – Human Adaptations”