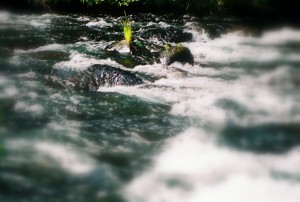 2. Employing the services of an undocumented immigrant without performing the essential “background investigation” and paying the essential withholding taxes, is irresponsible and corrupt ( particularly when this heinous act was committed by one of the most visible faces in our nation’s law enforcement community, and one who is touted as leading the charge on the U.S. “war on terror.”). Kerik profited by this act, just like Martha Stewart did. Shouldn’t a grand jury be convened to make an example out of Mr. Kerik in this case, just as we did with Martha?

3. Kerik described the undocumented immigrant that he employed as “someone employed by me in my house, a very nice woman, a very good woman, someone who loves my children and they love her.” This is clearly not the characterization of the “terrorists” that the proponents of immigration reform tell us they are saving us from. Where did Kerik find this woman? Do you think that there are more like her “out there among us,” or that this is just a fluke?

4. Now what? I want to know what Kerik decided to do with this woman. Did he fire her? Has he retained legal counsel to represent the woman to begin the process of obtaining citizenship? What is this woman’s story? It’s probably a lot more interesting that what I’ve read about Bernard Kerik. The character of Kerik is at stake here. How he handles this situation will tell us a lot about that character of our country.

Our Kerik Conundrum options are self-evident:

a. String him up and make a national example out of him, just like we did with Martha.

b. Track down, detain and deport the woman and make a national example out of her.

c. Pass federal legislation that provides “amnesty” to the rich in this country who benefit from upon the services of undocumented immigrant labor. We have plenty of time to have the IRS print the new forms and distribute them before the April 15th 2005 income tax filing deadline. We could use the proceeds to make our border with Mexico more secure, so terrorists like this woman cannot infiltrate our country!

d. Have the FBI conduct a nationwide “round-up” of all the U.S. citizens and businesses who, like Kerik, presently employ these subversives. After all, aren’t they really supporting potential terrorist infiltrators?

e. Have Kerik be the first to register under the “Undocumented Immigrant Laborer Offender Program.” This national database will be used to track immigration law offenders like Mr. Kerik, provide treatment and counseling, serve to warn neighbors upon their re-entry back into the community, and serve as a deterrent to recidivism.

Maybe after you have considered all of the above, you get this sick feeling in your gut that “f,” None Of The Above, is where you end up in all this. If that’s the case, perhaps we must face the fact that this particular situation possesses all of the contradictions and double-standards that epitomize the untreated cancer that continues to ravage the soul of this nation.

I want to be the business agent for this woman! Can you imagine how many American families are looking for “someone employed by me in my house, a very nice woman, a very good woman, someone who loves my children and they love her?” Perhaps we need more people like this in our communities. Maybe they’re already “among us.” Let’s find em!

Wake up America! Let’s do the right thing here. Amnesty for Kerik and citizenship for the housekeeper!