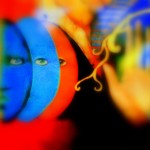 Bethany McLean lives in Chicago. She’s a writer for Vanity Fair and was coauthor (with Peter Elkind – editor at large at Fortune magazine and an award-winning investigative reporter) of the 2004 award winning The Smartest Guys in the Room: The Amazing Rise  and Scandalous Fall of Enron. McLean wrote for Fortune for thirteen years prior to joining Vanity Fair. She also spent three years working at Goldman Sachs. Joe Nocera lives in New York where he is a business columnist for The New York Times and a staff writer for The NYT Magazine. Nocera worked for ten years at Fortune as a contributing writer, editor at large, executive editor, and editorial director. He has been honored with three Gerald Loeb awards for distinction in business journalism. Nocera was a finalist for a Pulitzer Prize in 2006. —- Based upon the above, one might expect that the literary contribution of this tandem should be second to none. In All The Devils Are Here – The Hidden History of the Financial Crisis – It is.

Growing up in the U.S. – each and every kid has a few “ah-ha” moments that you never forget. My first was the day I became aware that Santa Claus was a myth. I was freaking devastated! Another was May 4, 1963 when I watched the evening news with my dad on our black and white television as images of students being blasted by fire hoses and attacked by police dogs in Birmingham, Alabama filled our living room. Then, six months later, President John F. Kennedy was assassinated. In April 1968, Dr. King was murdered. June 1968, Bobby Kennedy was gunned down. In August 1974, President Nixon resigned in disgrace. In 1998, President Clinton was impeached by the U.S. House of Representatives (and acquitted by the Senate in February 1999).

To be fair about it, I guess every human lifetime is populated with moments that cause us to re-examine what we believe. They pierce the illusions that support our current worldview. They cause us pain, uncertainty, fear and doubt – they also cause us to re-examine our faith, confidence and trust in our fellow man – and the efficacy of the institutions that man has created. I am referring to stuff like justice, capitalism, democracy, free-markets, innovation, government oversight and fair-play.

I guess Daniel Levinson said it best when he wrote the following in The Seasons of A Man’s Life:

“As he attempts to reappraise his life, a man discovers how much it has been based on illusions, and he is faced with the task of de-illusionment. By this expression I mean a reduction of illusions, a recognition that long held assumptions and beliefs about self and world are not true. This process merits special attention because illusions play so vital a role in our lives throughout the life cycle.”[i]

In All The Devils Are Here – The Hidden History of the Financial Crisis McLean and Nocera guide us through the de-illusionment process. It could be titled The Seasons of A Nation’s Life. This book unequivocally reveals that long held assumptions and beliefs about self and world are not true. It is painful. French President Nicolas Sarkozy characterizes the essence of what McLean and Nocera reveal when he says: “If financial trading creates the volatility it claims to protect against, where is the value to society of the service rendered?”[ii]

I have read and reviewed (see my reviews on http://www.BillDahl.net or on Amazon) many of the books published during 2009 and 2010 about the “financial crisis.” If you haven’t, or if you want to read one book about it, I recommend All The Devils Are Here – The Hidden History of the Financial Crisis by McLean and Nocera.

By the way, devils don’t necessarily have horns on their heads, pointed tails, nor are they easily recognizable. The “axis of evil” comes in many forms and is as much an internal domestic threat as it is a foreign threat or out there somewhere.

See your physician before you read this book. You may experience cardiovascular difficulties as you read it. However, when you finish the book, I hope it has the same effect on you as it has on me – restoring a sense of dedication to supporting the ongoing reform of a system whose value to society in terms of services rendered has become and remains unequivocally questionable.

We have much work to do to root out the vestiges of the deeply entrenched dysfunction that the financial crisis has implanted in our nation, and our world. McLean and Nocera’s work provides a baseline for revealing the myths and illusions that must be discarded before we might make progress toward avoiding a comparable catastrophe in the future and restoring a system that is a superb example of national pride – versus an ongoing source of unresolved shame.

Buy it. Digest it. Act upon it.