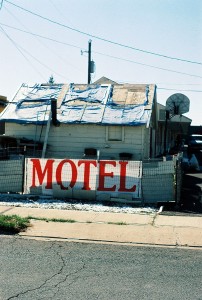 You’ve heard the phrase to many times: Everything’s changed since 9/11. Well, there seems to be a more pertinent phrase that has somehow overshadowed the former one. It is, “Everything’s changed since the fall of Lehman Brothers.” This was the first economic domino to fall that began the one-after-another collapse and bailout conundrum that America (and the world) continues to struggle with.

During my lifetime, I have never seen so many HUGE numbers being bantered about to stabilize the U.S. and global economy (and a few domestic industries to boot — well, I take that back – the State of California bailout is peering over the horizon). Perhaps we are being instructed in a new way of counting. Consider the following from Professor Charles Handy of Harvard University:

The $700 Billion TARP program (somebody please tell me how they came up with that figure) seems to be the initial component of Professor Handy’s definition in terms of what can be easily counted (or so say Bernanke and Paulson). The auto industry bailout (or lack thereof) appears to be an example of the second dimension of Handy’s characterization: disregard that which can’t be easily measured or to give it an arbitrary quantitative value.

The third step is where it becomes terribly difficult: to presume that which can’t be measured easily really isn’t important.

Spurred on by the present state of triage required to address  the next form of economic contagion to reveal itself in the economic trauma center, we continue to crisis manage the next critical case that comes through the door on a gurney (sometimes delivered to the ER entrance in Congress via private corporate jet — although they drive hybrid vehicles to the post-op follow-up appointments).

Unfortunately, the TARP funds have yet to flow to main street central Oregon. The needs  of our region continue to be overlooked in state and congressional policy deliberations, by those duly empowered as part of the economic development policy apparatus. We remain suffering from the form of blindness that Professor Handy refers to. A vision for the future of economic development in our region is presently difficult to verbalize and/or tangibly quantify. That sure doesn’t mean it’s not important.

The final step, according to Handy is to assume the posture whereby ‘that which can’t be easily measured really doesn’t exist. This is suicide.” This is the nucleus of the matter, in my opinion. A quote from Machiavelli’s The Prince is pertinent here:

“It ought to be remembered that there is nothing more difficult to take in hand, more perilous to conduct, or more uncertain in its success, than to take the lead in introducing a new order of things, because the innovator has for enemies all those who have done well under the old conditions, and lukewarm defenders in those who may do well under the new. This coolness arises partly from fear of the opponents — who have the laws on their side — and partly from the incredulity of men, who do not readily believe in new things until they have had a long experience of them.”

Yes, it’s time for innovation. Yet, a form of innovation that is unfamiliar to most of us. A process of innovating that includes the heretofore excluded from participating in the development of a new economic future for our communities, our country and our globe. Perhaps, we might just start with our respective communities.

Perhaps it’s time to begin to learn a new way of counting in regard to economic development in central Oregon. Inviting area residents into a public process to participate in forming an economic vision for their respective communities and this region may be a wonderful place to start. Imagine what the results of this equation might produce. Then again, what if we don’t innovate in our approach to developing an economic development vision, deliberately informed by input from area residents.? There’s an amazing result when public officials earnestly invite the public’s participation and imagination — treating people as if they truly count. The clock is ticking. Time has a way of reminding us to wake up and act. Perhaps it’s time to consider embarking on a deliberate process to innovate our way to new possibilities in the formation of an economic development strategy and vision that right now seems unimaginable — together. We’re responsible for creating what presently does not exist. You can count on that.