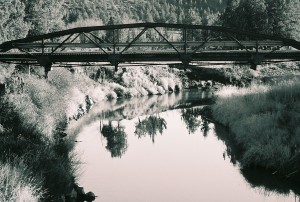 To: The Redmond Spokesman

I read the Spokesman’s January 14, 2009 Editorial and Richard Lance’s attack with dismay and a deep sense of sadness. These two printed outbursts might be characterized as the most blistering barrage aimed at public education here in Redmond in several years.

If there is one segment within the Redmond community where we seem to have collectively come together with a consensus approach to the necessity for improvement, it is the area of the improving the results produced by our local system — The Redmond School District.

However, one cannot assume that this mandate is limited solely and superficially to simply improvements in current facilities addressed by the voters May 2008 approval of the school bond. Although the environments within which the education of our children and young adults occurs is paramount, we, as a community have recognized that the results produced within those environments is truly the tale of the tape (Please refer to the components and benchmarks of the Redmond Education Vision).

Should the evaluation of present approaches, environments, systems, and methods presently relied upon to garner improvements in student academic achievement, in each and every sector of the Redmond School District dictate that immediate and wholesale changes must be made, so be it. This is exactly what the DNA of the community discussion during 2007 and 2008 injected into the marching orders and agenda of the School Board, staff and Superintendent.

The Brown decision is a superb example that our School Board and Superintendent have heard the community’s voice loud and clear. Furthermore, they aren’t just listening; they are acting on this agenda, armed with the essential measurements revealing that the ongoing, sub-standard/mediocre academic preparedness performance results at Brown are unacceptable.

To effectively improve a system, with all the component parts that a large organization like the Redmond School District possesses, requires one to take a very hard look at the outcomes presently produced by each and every operating unit. Brown is no exception. Armed with this data, one is confronted with making some very difficult decisions. When these decisions are made, some people are likely to be unhappy; accountability, innovation and implementing essential improvement tend to have that effect on human beings.

As a taxpayer, Redmond resident, and a parent with a student at Redmond High School, I applaud the actions of the School Board, staff and the Superintendent to continue to confront these difficult challenges head on, wherever they may be identified within the current system. That’s exactly what this community charged them to do in the referendum the voters passed in May 2008. That’s integrity.

There’s no integrity gap that need be spanned here. This Board and this Superintendent have restored that essential structure.