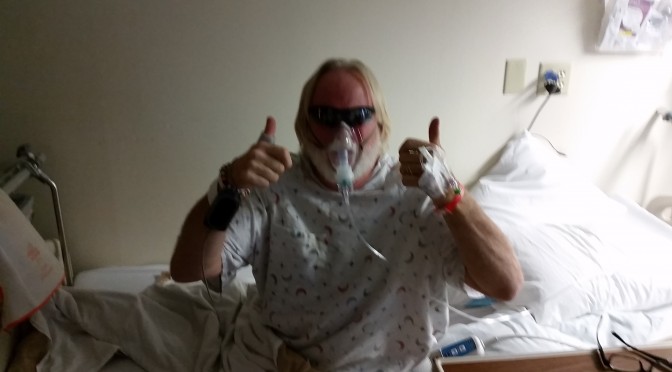 We are now home resting comfortably. Still weak and tired from the pneumonia. Doctors say I am looking at December before my strength fully returns. Jacki’s cooking (my wife) is definitely helping out. Planning to spend a month or two in Wyoming next summer/fall (August/September).

In August 2015, we had wildfires where we live in central Oregon. My Black Lab Reggie came down with a lung infection during this time as he worked outdoors with me when the air quality was deemed “unhealthy.” I started to feel run down and unusually tired. I ignored it and wrapped up the summer work schedule – and spent extra time outdoors (in 90+ degree heat) getting the trailer and gear ready for the trip.
Reggie and I departed Redmond, OR on September 7th and drove to Twin Falls, ID. I felt really tired and we slept well. The next day we rolled into Swan Valley, Idaho where we camped, hiked, photography and fished the south fork of the Snake River through the morning of Sunday September 13th. I developed a cough and the start of a chest cold.  We rolled through Jackson Hole and north into Grand Teton National Park – where we camped from September 13th through the morning of the 16th. A cold front had entered the Tetons on the 13th and stayed thru the 16th – cold, rainy and very wet. It snowed at 8,000 feet (we were camped at 7,000). I got wet and cold and my “cold and cough” worsened. We departed Grand Teton N.P. on the 16th and arrived in Dubois, WY a few hours later (It was snowing on Togwotee Pass between Grand Teton N.P. and Dubois).
The night of the 16th, I was really feeling rotten and the cold front had settled over Dubois with cold rain and wind. Reggie and I took shelter in a motel (Super 8 in Dubois – NEVER STAY THERE!!! – they overcharged me and then “couldn’t find” items I definitely left in the room). I bought some cold medicine and cough drops. My cough and chest congestion worsened.
On September 17th – Reggie and I fished a little, drove and explored the mountains around Dubois. My cough and chest cold got worse. A fever would come and go throughout the day. We did the same on the 18th – arriving back at camp around 8PM. The evening of the 18th – my cough and chest congestion worsened further. I was unable to sleep as the cough became incessant. During the night, I started to gasp for breath. I also noticed that I was losing consciousness and had to consciously choose to breathe. I prayed for daylight.
At daylight on Saturday September 19th, I drove maybe 2 miles to a medical clinic in Dubois. It was closed. During the  short drive, I became very aware that I was seriously ill. My eyesight was impaired as (I was told later) I was NOT getting sufficient oxygen to my brain. I called Brad Marlow at Marlow’s Fly Shop who told me there was no doctor living in Dubois (pop. 691) and I should call 911. I did.

Dubois volunteer EMT H.R. Albert arrived about 30 minutes after my 911 call along with Deputy Sheriff Eric Ellington of the Fremont County Sheriff’s Office. In a few minutes, Cindy Dugan, H.R.’s partner arrived with an ambulance. They checked my vitals, lungs and my oxygen readings (oxygen reading was 82). Mr. Albert stated “you are seriously ill and are going to need to be hospitalized immediately.” At that time, a Life Flight helicopter arrived and landed next to my truck. I declined treatment by the Life Flight EMT’s and transport by them (NO insurance coverage). They left. Tracy Ziegler of Dubois arrived to take Reggie home to care for him (never met the woman before – she’s the Dubois resident pet care person) and the Sheriff took my truck to The Longhorn Ranch. Another ambulance arrived and all I remember was rolling over onto another ambulance cot and passing out.

I woke up in the ER in Lander, WY with a team of people doing whatever they were doing to me. They took x-rays, shoved fluid IV’s in me, drew blood, and poured the oxygen to me and began a very aggressive respiratory therapy treatment protocol. They also injected me with steroids, antibiotics and other stuff I can’t even spell. I was admitted to the hospital for emergency treatment of acute pneumonia.

The coughing had been so violent – I tore the cartilage around my rib cage and was injected for several days with morphine to address the pain. I began inhalation therapy treatments every hour for the next several days – administered by the hospital respiratory therapists. The treatment protocol also included steroids, antibiotics, cough medicines, tylenol, and lots and lots of oxygen.
I was discharged from the hospital on Wednesday September 23rd. I was told at discharge that if I had not received the help I did – when I did – I would likely have lost consciousness in another 6 hours, stroked and passed away. My discharge from the hospital in Lander was subject to my agreement to get a motel room at the Longhorn Ranch and stay there and sleep and recover my strength…until my strength and visual acuity returned sufficiently to safely operate a motor vehicle – and return to Redmond, Oregon. If my condition did not improve – I was to return to the hospital.
Reggie and I rolled into our hometown of Redmond, Oregon at 1:30AM on Wednesday the 30th of September…after hitting a deer 45 miles from home… Two weeks bed rest and full recovery by December 2015. Yes, I saw my primary care physician here last week. Seeing him again this week. Anticipated recovery is December 2015. I am still very weak and tired at the time of this writing – October 6, 2015.
I remain distinctly grateful to Trevor, Ingelesa (sp?), Sue, Randy and Chip at The Longhorn Ranch Lodge and RV Resort in Dubois, Kris and Brad at Marlow’s Fly shop in Dubois, Billie & Debbie Rice and Grey and Penny Ferguson (Longhorn tenants) – for your kindness, concern, care, assistance and prayers.
I will forever be indebted to the Fremont County Sheriff’s Office, Dubois EMT’s, ambulance personnel – AND the doctors and staff at SageWest Hospital in Lander, WY:
My most sincere thanks to Dr. Gentian Scheer – Lander Hospital – Her expertise saved my life!!!

2 thoughts on “A Life Threatening Bout With Pneumonia”