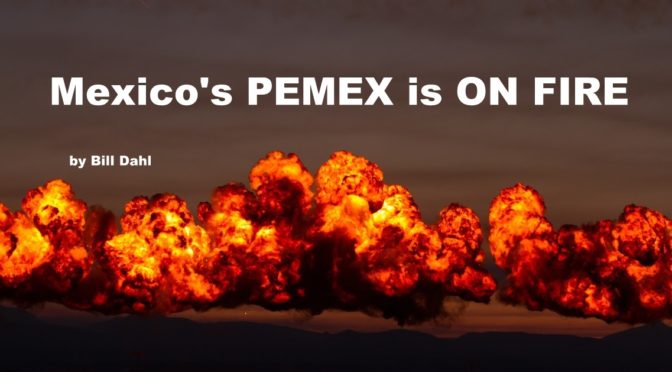 As a parent, everyone experiences challenges with their children. (If you ask the kids, they might suggest their problems lie with their parents). As president of a country, one inherits problem children. Like any parent, presidents are concerned about the health, financial status, and the future of their children. This is particularly true when a grown child is an adult living at home, who makes essential financial contributions to the ongoing welfare of the family. For AMLO, the name of his problem child is Pemex. 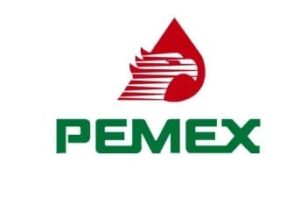 The Adoption of Petróleos Mexicanos (aka Pemex)

As a nation, during the 1920’s, the Mexico family had become the 2nd largest oil producing country in the world. However, the development and ownership of this productive capacity was dominated by foreigners; The American family was led by the Jersey Standard and Standard Oil Company of California (SOCAL – aka Chevron). They accounted for an estimated 30% of total production in Mexico. A British family, the Mexican Eagle Company, (a Royal Dutch/Shell Company subsidiary), contributed another 60% of oil production in Mexico. They were terrible parents, abusing Mexico’s family of workers, and taking the profits extracted from Mexico’s subsoil elsewhere.

A terrible custody battle ensued. On March 18, 1938, Mexican President Lázaro Cárdenas had enough of this bickering. He signed a decree that the family of Mexico was legally adopting the children (and the assets) of the nasty foreign oil families operating in Mexico. He also prohibited them from operating in Mexico. He named the new addition to the family of Mexico Petróleos Mexicanos (aka Pemex). The formal adoption of Pemex was finalized on June 7, 1938.

The abusive foreign parents were livid that the income earning child they had raised had been expropriated by the family of Mexico. They fought for years to get their child back. It wasn’t until April 18, 1942 that the family of Mexico agreed to pay the American parents for the loss of their child. They did the same with the British in 1947. The bickering back and forth has erupted from time to time over the decades since.

What the family of Mexico did not do (as many parents overlook) was to plan effectively for the cost of raising the child into the future. Mexico assumed that Pemex would continue to be an important economic contributor to their family. As an example, in 2017 Pemex made transfers to the federal government of Mexico family in the form royalties, duties and some taxes that amounted to approximately MXN395 billion, or approximately 28% of revenues. To more fully appreciate the importance of this economic contribution to the economic viability of the family unit,  Pemex transferred around 86% of its EBITDA (Earnings Before Income Tax Depreciation and Amortization) to the family coffers in the form of taxes and royalties during 2017. That’s one important family member.

The Cost of Raising A Child

Just like the rest of us, as Pemex aged, its productive capacity declined. It had joints and body parts that required replacement. Oil fields dried up. It had to continually move operations to find new income earning opportunities and acquire the technology and skills these opportunities required to take advantage of. From time to time, Pemex became lazy. Its management skills and decision making were criticized.  It had retirees that were due $US 70 billion in future pension benefits (2018). Over the years, the profitability of Pemex was also impacted by the fluctuations in the global supply and price of the petroleum commodities it produced. In April 2018, a former executive mentor to Pemex, Adrian Lajous Vargas, stated publicly that “corruption is everywhere in all areas and at all levels of the hierarchy…organized crime has moved into the logistical activities of Pemex.”

The New Head of the Family

Enter AMLO, Mexico’s new president and head of the family on December 1, 2018. AMLO’s predecessor had approved the adoption of another problem child named MEXCAT (Mexico City Airport Trust). MEXCAT had gone out and committed to borrow US$13 in debt to build an airport (with his father Enrique Pena Nieto’s consent). AMLO was furious about this and told the world he would be killing the project when he assumed his position as head of the family. He did just that. The foreign bondholders who were on the hook for US$6 billion went nuts! This shook the confidence of other foreign families that did business with the Mexican family, including those who did business with Pemex.

You see, Pemex, like MEXCAT, liked to borrow money from foreign families. At the end of September 2018, Pemex owed the foreign financier families US$106 billion. Unfortunately, the amount of debt is the highest of any family owned and operated oil company in Latin America. The foreign financier families loan Pemex money in the form of primarily bonds, and operating lines of credit. These financier families are overseen by three other families whose business is to monitor the creditworthiness of both parents and their children around the world. Their names are Fitch, Moody’s and a couple referred to as Standard and Poors. They are called rating agencies. When AMLO killed the MEXCAT deal, the rating agencies went to work.

On January 29th 2019, Fitch cut Pemex’s bond rating to BBB- from BBB+, just two notches below Mexico’s overall family rating. This is like having your personal credit score reduced to below 600. Fitch justified their actions by citing the facts that since 2004, Pemex’s production has been declining every year. Fitch said the Mexican family’s recent capital injection for Pemex and the decision to lower its tax burden on certain Pemex projects were insufficient. Fitch said it expects Pemex to incur negative free cash flow between US$3 – 4 billion in 2018 and 2019. However, Fitch added that if Pemex were investing at a level that would stabilize its production, this cash flow deficit would be from $12 billion to $17 billion. Moody’s rates Pemex’s foreign currency debt at Baa3, one notch above junk, while Fitch and Standard & Poor’s rate it a BBB+. The rating families also note that Pemex must repay US$7-$8 billion in 2020, and $10 billion in 2021.

AMLO’s plan is to help Pemex (February 2019) build a massive new refinery in Tabasco, increase production and exploration, lower the tax burden, and invest another $US 5.5 billion in the company. However, the rating agency families are hollering; “How the hell are you going to do this without borrowing more money? You are exhausting your reserves already! You’re going to grow out of the problem? This plan is insufficient to prevent further deterioration in both the operations of the company, and further downgrades to its credit rating.”

AMLO’s public statements prior to the July 2018 election to assume the position as head of the Mexican family negatively impacted Pemex. Primarily based upon AMLO’s comments, the yield (price to Pemex) on Pemex’s September 2047 dollar-denominated bond (debt) increased by more than 100 basis points (1 percentage point) to 8.23 percent. You can get a personal credit card with a better rate that that.

Pemex is also incontinent. From May 2016 through December 31, 2018 Pemex incurred 4,509 oil spills it refused to clean-up. Mexico’s Federal Auditors Office (ASF) just released a report in January 2019. This report reveals fuel theft cost Pemex US $3.1 billion (60 billion pesos) last year. Currently, there is “no effective monitoring of the fuel transportation network.” There were 10, 293 fuel taps in 2017 and 14, 894 in 2018. This is a loss of lifeblood for the Mexican economy that no nation state can afford without becoming woozy and wobbly.

What’s A Father to Do?

Mexico’s economy, like every other nation, is a blended one; comprised of different siblings contributing or draining resources from the national family. Pemex is not AMLO’s progeny. However, as father of this family, AMLO is responsible for guiding this wobbling, weary, impaired family member forward.

The suggestion of attempting to pile more debt on an already financially burdened family member is a strange form of wisdom. Firmly admonishing an aged family member to become more productive is also a questionable strategy. Perhaps there’s the possibility of examining the role this particular family member is supposed to be fulfilling. If they cannot fulfill this role any longer, it may be time to look for a third party outside the family who is capable of doing so. Then again, bringing back the offspring of the parents who were removed from your nation for being abusive is always a risk.

The couple Standard & Poor’s and the families of Fitch and Moody’s are watching. Imagine, the economic viability of the future of your family being monitored with a microscope by a foreigner named Moody…

What’s Pemex have to say about all this? “Father is the problem.”

What’s a father to do?

Bill Dahl is a U.S. based investigative journalist who recently completed a 30 month  endeavor in the Guadalajara/Chapala region of central Mexico  examining the current challenges that inhabit the area. His new book – Lake Chapala – Beneath the Surface was published in January 2019 (e-book and paperback). It is ranked #1 in its category on Amazon.  He holds a Bachelor’s and Master’s Degree in Criminal Justice from Washington State University. His written work is widely published including – but are not limited to – the subjects of U.S. immigration reform, at-risk youth, racism, international relations, public health, safety, economics, corruption and the environment. He is currently a Columnist for Mexico News Daily, In-Depth NEWS (Europe) and Wall Street International Magazine (Europe). He has been a contributing columnist to Los Angeles based Hispanic Vista, Immigration Law Weekly (NY, NY) – among many others. He can be reached at https://www.BillDahl.net