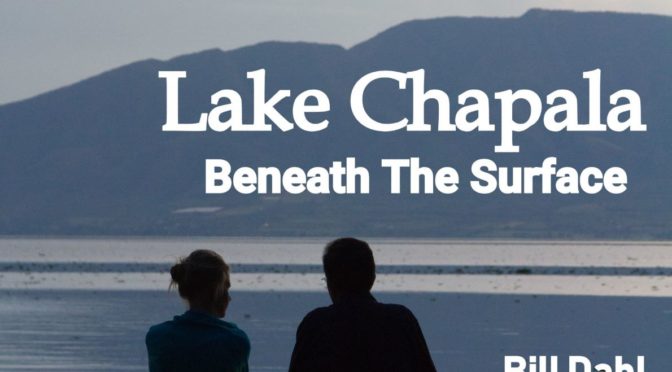 The following are recent reader comments/reviews on my new book (Updated 2-25-2019): Lake Chapala – Beneath the Surface.

“This is a Good Book –  supporting  your inquiry into the current challenges of living in the Lake Chapala area. This book is the best, by far, written for this subject. I found it informative and conclusive, given the body of information on living in the Lake Chapala area to date, and my limited resources in this subject area. I’m hoping that the President of Mexico has access to this book by this author and gives it his consideration and acts on its recommendations. This book, in my opinion, one of the best reports (so far) that encapsulates the needs of the Lake Chapala area. Great supporting back up!”

Author’s NOTE: BELOW from another professional engineer:

We recently read Bill Dahl’s book, “Lake Chapala: Beneath the Surface”. We experienced Lake Chapala and Ajijic this past summer as part of our decision to retire in Mexico. Reading his reminiscence of Guadalajara and Ajijic rang very true for us. His treatment of his initial excitement about an area of Mexico that he loved and his bittersweet visit to the region was a mirror for us of the initial excitement, followed by the acceptance of what had happened to this area, that we, too experienced. Bill’s description of the current state of the State of Jalisco was balanced and accurate. We can both attest to the accuracy of his description. It is painful to admit that paradise is damaged, but as Bill eloquently points out, it is not lost. It is just that fixing it is going to be a very difficult and complex problem to solve. He makes the case that, in fact, the problem cannot be solved by merely denying there is a problem. We loved the town of Ajijic. It is a beautiful, quaint place filled with a lot of wonderful people, just as Bill described it. But it is very much in trouble and badly needs help. The area needs honest acceptance by those people who love it and have chosen it to be their new home. But in order for the fulfillment of the dream of living in the paradise they thought would be there for their golden years, these hopeful residents must honestly accept the problem as it is and then completely embrace a realistic mitigation plan. Bill draws a grim but tentatively hopeful picture of the current state of the Lake and it’s environs, and uses some down-to-Earth suggestions drawn directly from “AMLO’s political playbook” to sketch a long-term, sustainable solution. We decided, before we ever heard of Bill Dahl, that we would not be able to survive moving to Ajijic, as we had planned, and it was heart-breaking, so his treatment of Ajijic made us realize that we really had made the right decision. We endorse both his description of the problem and his honest but very difficult to implement mitigation plan. Well done, Mr. Dahl!
– Dr. and Ms. Franklin J. Rudolph, PhD, PE. – Mexico

You really have opened a can of worms! But someone has to, good for you. It is disturbing for sure, but I’m glad it confirmed my slightly unsettling feelings I had. Keep up your good work. I agree, this “cover-up” has probably been going on forever. I’m sure people living there, making a good living, do not appreciate any of this. It’s not fair though to lure more and more people into, what looks like a good deal, but in reality isn’t. It’s our health and safety we have to be concerned with.

“As you clearly state: “People are getting sick. People are dying.” Mexicans need to appreciate the negative impacts corruption has on health and the environment in the Lake Chapala basin. The fact that Lake Chapala is the largest natural water reservoir in Mexico and depends on one of the most polluted rivers, the Lerma River, must cause a renewed level of public interest for the three levels of government in Mexico. Telling Mexican society, government, international regulatory bodies, and organizations where Mexico is a signatory to both human rights and environmental agreements about this issue is an important obligation, and your book achieves these objectives. Its’ contribution is a major one; it identifies the problem, its’ dimensions, and provides an example in the U.S., suggesting to readers how to proceed during environmental and public health crises related to water and the prospective economic costs for non-intervention in this public corruption case. I think that your book is very consistent and does not only define the problem, but the elements to counteract it. I really love your phrase: “Fix the outcome before it cannot be fixed.”

I have been coming to Lake Chapala for 10 years from the states. Living here full time for 6 of those years. I have seen a lot of changes. Can’t imagine what gringos, who have lived 15, 20, or 30 years, think of quaint little lakeside now. Traffic is awful, internet slow, rental prices up, power outages, home prices up a lot, restaurant prices up, and on and on. If you want to live as Mexicans do your money will go far. Any time a person is thinking of living in another country, visit several times and even live there for a few months to get the full effect. Lake Chapala used to have a slowdown in the summer. Not so much anymore. The infrastructure Lakeside cannot sustain the growth. There are no plans to make improvements.

It’s a very disturbing read Bill. My friends who live in Ajijic are now planning a move back to the USA. This is all happening so fast. At the end of October they were encouraging us to join them. Now, they are sending caution. We are absolutely devastated. Falling in love with this romantic place and then finding out about the current murders and fabrication of information, really has taken the wind out of our retirement plans. New York

I appreciate  your book, Bill. While I had already changed my mind about moving to Lake Chapala, I now have to consider if any area of Mexico will suit me. Just like the US, Mexico is not its issues, but I think the pollution there upsets me the most; especially knowing there are people, including children, dying from toxic waters. I do want to visit again (Mexico) as I found it to be lovely, as well as the people. Arizona

And they SHOULD be concerned. Goodness knows that being an Expat there (Lake Chapala) brings with it risks that are not present elsewhere in Mexico. We went there in September and needed to leave after just a few days, as the environment was toxic enough to sicken me. All of the other issues, and they are growing in numbers, make it an incredible risky journey to be there at all. Bill – I am so glad you are doing this coverage, as indirectly you may be saving people from truly difficult experiences, and may be saving life and limb for people who may not otherwise know about this area, or these occurrences.– Mexico