The Few Who Truly Knew – A Masterpiece 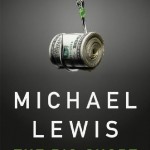 Economics is a social science. It is predicated on an understanding of human behavior, among other things. It’s also recognition that what we think we know may be incorrect. In their recent book, From Poverty To Prosperity – Intangible Assets, Hidden Liabilities and the Lasting Triumph Over Scarcity, Nick Schulz and Arnold Kling posed the following question to Douglass North, Nobel Laureate in Economics (1993). North is the Spencer T. Olin Professor in Arts and Science at Washington University in St. Louis:

Here’s the question from Schulz and King: “What other obstacles prevent economists and policymakers from seeing what really matters?”

North’s response: “Until they understand that our understanding of the world is very fragmentary, is not complete, is – I believe – partially incorrect, no matter how intelligent we are, we’re not going to make sense of the world.” p. 151.

We live in a world where we must listen for the voices of dissent – the contrarians. When Michael Lewis’ The Big Short – Inside The Doomsday Machine was delivered, I thought I might pick it up and read a few pages. Warning: This magnificent work is crafted in such a way that sampling the first few pages will transform your day (as it did mine) into devouring this masterpiece cover-to-cover.

It is a book about the dissenters, the contrarians, “the few who truly knew” – who developed and exercised the foresight to comprehend the emerging financial crisis in the U.S. (and around the globe). It is a story from the perspective of a very few who recognized that “a great nation lost its financial mind.” P. xiv

“A smaller number of people – more than ten, fewer than twenty, made a straightforward bet against the entire multi-trillion-dollar, sub-prime  mortgage market and, by extension, the global financial system. In and of itself it was a remarkable fact: The catastrophe was foreseeable, yet only a handful noticed.” P. 105

“Even as late as the summer of 2006, as home prices began to fall, it took a certain kind of person to see the ugly facts and react to them – to discern, in the profile of the beautiful young lady, the face of an old witch. Each of these people told you something about the state of the financial system, in the same way that people who survive a plane crash told you something about the accident, and also about the nature of people who survive accidents – all of them were, almost by definition, odd. But they were not all odd in the same way.” P. 107

This book is incredibly insightful regarding the motivation of homo sapiens in a capitalist society, how we think, what we overlook, and the necessity to learn to question the world around us. Consider the following excerpts from this book:

“All shared a distinction: They had proven far less capable of grasping basic truths in the heart of the U.S. financial system than a one-eyed money manager with Asperger’s syndrome.” Lewis’ commentary on the failure of foresight by Paulson, Geithner, Bernanke, Blankfein (Goldman Sachs), Mack (Morgan Stanley), and Pandit (Citigroup) vs. hedgefund manager Michael Burry of Cupertino, CA P. 260.

“I hated discussing ideas with investors,” he said, “because I then become a Defender of the Idea, and that influences your thought process.” Once you became an idea’s defender you had a harder time changing your mind about it. P. 56   Michael Burry.

“In retrospect, their ignorance seems incredible – but, then, an entire financial system was premised on their not knowing, and paying them for this talent.” — Lewis’ characterization on what percentage of credit default swaps were sub-prime. P.88

“Lippmann soon found that the people he most expected to see the ugly truth of the subprime mortgage market-the people who ran funds that specialized in mortgage bond trading-were the ones least likely to see anything but what they had been seeing for years. Here was a strange but true fact: The closer you were to the market, the harder it was to perceive its folly.” P. 91

“The markets were predisposed to underestimating the likelihood of dramatic change.” P.108

“Just throw your model in the garbage can. The models are all backward-looking – the models don’t have any idea of what this world has become.” P. 176 – quote from Steve Eisman.

Lewis has an uncanny ability to use interviews and the sheer creative power of his mastery of language to explain terribly complicated concepts in a way the layperson can comprehend. Regarding the design of Morgan Stanley’s Credit Default Swap (CDS), Lewis uses the following phrase to characterize this instrument  – “what amounted to home insurance on a house designated for demolition.” (P. 202). In terms of the CDO market, Lewis says: “Their trade now seemed to them ridiculously obvious – it was as if they had bought cheap fire insurance on a house engulfed in flames.” P. 164 — …you get the point.

If you think that Lewis’ “The Big Short – Inside The Doomsday Machine” is “just another book” about a vanilla investigative perspective regarding the U.S. and global financial crisis – YOU’RE WRONG. Don’t succumb to this deception! This book is truly unique and will/must be enjoyed by a very broad audience.

This work is a truly masterpiece. If you’re interested in human behavior, cognitive economics or yearning for a “can’t put it down” or  how “a great nation lost its financial mind,” — this particular work stands out from all the rest of the pack. Buy it. Devour it. Think about it. Act upon it. Buy three for your colleagues and friends.

If you’re a U.S. citizen, it’s your patriotic duty to read this book. If you are employed in the financial services sector of the global economy, this is required reading.

My most heartfelt gratitude to Michael Lewis for sharing the stories of the few who truly knew: Those who “had the nerve to bet on their vision. It’s not easy to stand apart from mass hysteria –to believe that most of what’s in the financial news is wrong, to believe that the most important financial people are either lying or deluded – without being insane.” P.xviii

To Michael Burry, Steve Eisman, Vincent Daniel, Danny Moses, Jamie Mai, Charlie Ledley, Ben Hockett, and your families; here’s something from my family to you and yours:

You’re “not nuts.” You’re the folks who provide me with the essential courage to inquire, think, ponder and wonder about the prospects for a better future in this world. You exemplify the few who have lived their lives, embraced incomprehensible pain and sacrifice, and paid an unimaginable personal price — in pursuit of exposing systemic deception and, begin to restore my faith in the inherent value in the necessity for the contrarian among us. It’s people like you who give me hope as my family, my community, our country, and our world continue to struggle as “collateral damage” in the ongoing, ever-unfolding, yet-to-be-experienced, dimensions of the aftermath of this fiasco.

I needed to believe in “heroes” again. Thank you for being “something” in the midst of nothing. It’s your character, tenacity, insight, intelligence and unwavering commitment to a pursuit of the truth amidst a sea of deception, which will endure with me.  True stories of human heroism will never lose their charm. Thank you for living these truths for us.