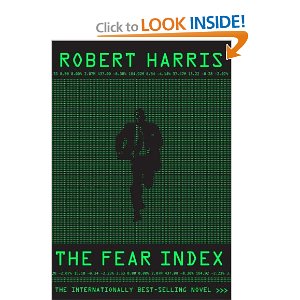 On September 30th 2010 (real life) the findings by the staffs of the U.S. Commodity Futures Trading Commission and the U.S. Securities and Exchange Commission was issued in regard to the market anomalies that had occurred on May 6, 2010.   An excerpt is poignant:

May 6 started as an unusually turbulent day for the markets. As discussed in more detail in the Preliminary Report, trading in the U.S opened to unsettling political and economic news from overseas concerning the European debt crisis. As a result, premiums rose for buying protection against default by the Greek government on their sovereign debt. At about 1 p.m., the Euro began a sharp decline against both the U.S Dollar and Japanese Yen.

On May 6, 2010, the prices of many U.S.-based equity products experienced an extraordinarily rapid decline and recovery. That afternoon, major equity indices in both the futures and securities markets, each already down over 4% from their prior-day close, suddenly plummeted a further 5-6% in a matter of minutes before rebounding almost as quickly.

Many of the almost 8,000 individual equity securities and exchange traded funds (“ETFs”) traded that day suffered similar price declines and reversals within a short period of time, falling 5%, 10% or even 15% before recovering most, if not all, of their losses. However, some equities experienced even more severe price moves, both up and down. Over 20,000 trades across more than 300 securities were executed at prices more than 60% away from their values just moments before. Moreover, many of these trades were executed at prices of a penny or less, or as high as $100,000, before prices of those securities returned to their “pre-crash” levels.

By the end of the day, major futures and equities indices “recovered” to close at losses of about 3% from the prior day…. In the course of the day, the S&P 500 volatility index (“VIX”), a measure of the expected volatility of the S&P 500 Index, increased by 31.7 percent, which was the fourth largest single-day increase in VIX.[1]

Several points from the above provide the context for The Fear Index:

I vote “YES” for the movie prospects!