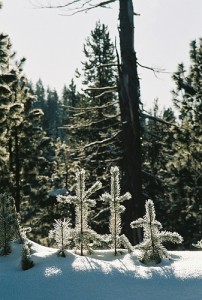 Psalm 111:2: Great are the works of the LORD; they are pondered by all who delight in them.

Why do I ponder God?
Something that you said, some ghastly circumstance I dread
Something in the morning, or when I’m wrestling in my head.

Something that’s a fact, something that is not,
Something we take for granted, like nursing homes and the lot

Somebody walking up a hill telling everybody, “this thing isn’t slanted!”
Somebody who chops down trees, the ones our grandparents had planted

Something we’ve created, something’s that just appear
Something we should have thought about a whole lot more now confronted with this fear

Something that’s familiar, something that seems strange
The Lone Ranger without his mask, riding across the range

Something that’s close up, like the nose upon your face
Something that seems distant, in some desperately distant place

Something that occurs very slowly, or curiously like a bug
Somebody who instantly appears, behind you like a thug

Someone who questions everything, every aspect of this life we live
Someone who’ all consuming, or others who just give

Someone whose welcome kindness reflects the depth of His undying love
Those that seem to argue, that tend to push and rudely shove

Those who are typically silent, who seem calm and always at a place of peace
Those who are always squirming, like Chelsea, my sometimes, obnoxious little niece

Those who happen to waddle, those so very fleet upon their feet
Those who are eternally messy, or those who are anal-etentive neat

Sometimes oh so joyfully, sometimes in agonizing pain
Sometimes after tripping, sometimes when getting up again

Sometimes from the triumph, sometimes after my attempts all fail
Sometimes in a swimming pool, sometimes when my head’s inside a pail

All different sorts of circumstances, from every type of mind
He created this diversity, desires that we cherish it and be kind

Sometimes when it’s foggy, sometimes under a clear blue sky
If I saw it all so clearly, I’d be telling you a lie

Why He does what He does, heck I’m way too slow
Why he did what He did, on this Earth, I’ll never know

I’ve figured out some of it, only an infinitesimal part
He motivated me to write this poem, and write it from the heart

He told me it’s important, that we understand whether
We appreciate the nature of His blessings, and that we share all them together

Sometimes from the darkness, sometimes when it’s fair
No matter the nature of the circumstance, He encourages us to share

May you be enriched by Him through this poem, with guidance from His light
Encouraged and inspired, by the power of His might.

His gifts to us are not ours: No, they’re never for the keeping
I share them to deliver His abundant joy to any who may be weeping

I believe it when my heart shouts; “I’ve grown closer and far fonder”
Like white jet trails in the sky, against the wild blue yonder

I’d better begin to close right now, as I am prone to wander
I hope this writing reminds you of the ability He created, that causes us to ponder

This poem is an invitation
For you to join the celebration,
If in reading this you paused to nod.
Come closer to Him to cherish this, His precious gift: the ability to ponder God