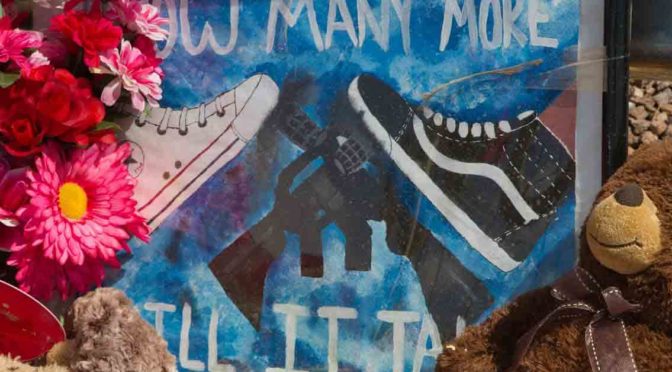 Horrified by the Massacre in El Paso, Texas on August 3, 2019 – My wife and I decided we would drive through El Paso, Texas and pay our respects at the memorial – as part of a planned relocation journey to central Mexico. 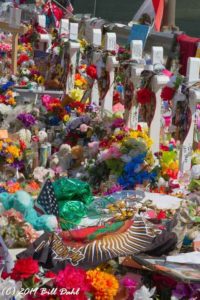 We departed Oregon mid-day on Sunday August 18th and arrived in El Paso on Wednesday August 21st around 3 pm in the afternoon.

It was 103 degrees F when we arrived. The WalMart remained closed and fenced off with police and security surrounding the perimeter. Outside the perimeter on the north/northwest boundary we found the memorial. It only took a few minutes for the tears to begin flowing. Words cannot express the profound sorrow – then anger – then rage – we felt as we walked through the memorial.

I will let the images speak for themselves. The #ElPasoStrong Photo Album is HERE: 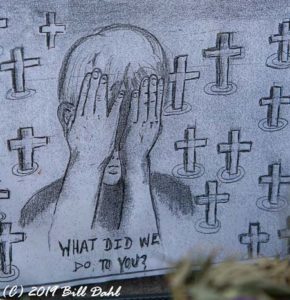 Yet, as the thousands of flowers wilt and decay under a scorching summer Texas sun, our hope that the will to realize meaningful, national legislation to reform gun laws in the U.S. will NOT deteriorate…will not fade…cannot slide into the oblivion of silence – or – be assuaged by another round of expressions of outrage and calls for solemn, prayerful  treatment. No – Visiting this memorial has indelibly imprinted on our hearts the necessity to actively advocate for the essential reforms to U.S. gun laws – remaining persistent, vocal, active and encouraging others to do the same until the current absurd reality has been restructured for the protection of all concerned.

PLEASE JOIN US – MAKE AN ENDURING COMMITMENT TO STAY THE COURSE so the will to implement comprehensive U.S. gun reforms does not wilt. 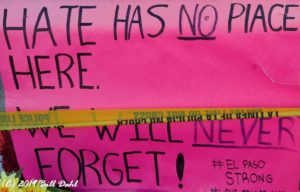 Once again, an unregulated industry has created a reality that has become a clear and present danger to everyone in the U.S. – Nobody ever imagined the nightmare of mass shootings in the U.S. would become commonplace. These nightmares, unfortunately, are not bad dreams. They are a recurring reality; a reality that has emerged due to the absence of coordinated, effective and essential regulatory control.

The Marlboro Man – Cigarette smoking was at one time considered harmless and encouraged…until reality sank in. Smoking kills humans. Smoking causes cancer. Another current example is opioids. An industry said “they’re harmless.” Opioids are addictive. Opioids kill humans. Pesticides and chemicals in foods are another. Pesticides kill people. Pesticides are sprayed on food and contaminate ground water. People get sick. People die. Food additives are now disclosed and regulated. Asbestos was used as insulation years ago – until they found it caused cancer and death. Today, they remove it from those structures with people in sealed hazmat suits. All the industries above were unregulated until the actual nightmare was revealed – people en masse were being killed by these (and a myriad of others) unregulated industries in the U.S. Allowing industry in the U.S. to “police itself” was – once again – revealed to be a dangerous, costly and fatal illusion. 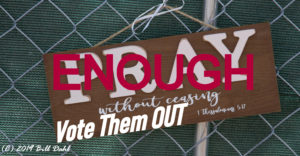 The authors of the U.S. constitution and founders of the United States of America never imagined the reality that now wreaks untold havoc across the landscape. The second amendment was never intended to be a license to kill and/or some form of impenetrable, sacred, garment that shields a multi-billion dollar industry from essential regulation – when the use of the products produced by this industry have become a clear and present danger to the health, safety and welfare of the children, families, visitors, companies, communities and states in the USA.

Don’t allow the will for essential U.S. gun reform to wilt as the flowers at the El Paso, Texas Wal-Mart Memorial are… 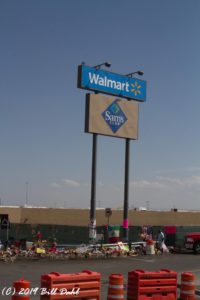 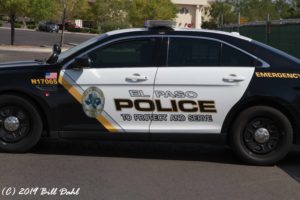