The Questians – a generative metaphor 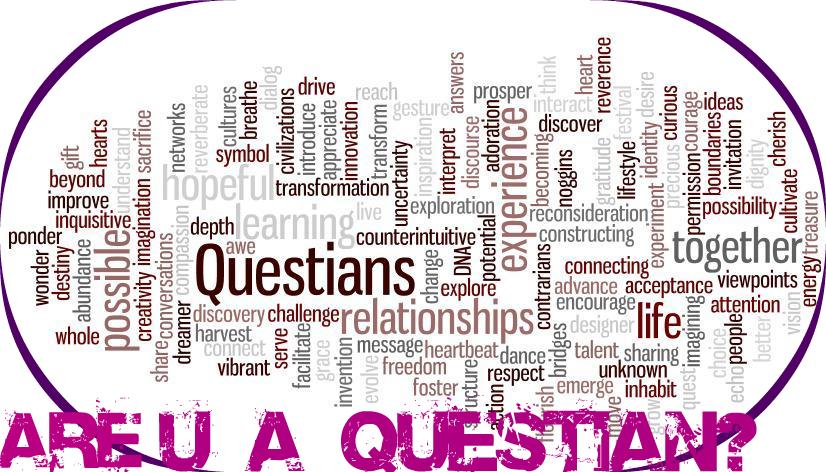 Listen….you can hear it everywhere. America is suffering through an unusually difficult era. The Economist says most people will acquire economic resources and influence through the use of brainpower.[i] Fareed Zakaria writes the 63% of Americans are of the opinion they cannot maintain their current standard of living. Zakaria says the can-do country has become convinced it can’t.[ii] He claims “the country seems unready for the kind of radical adaptation it needs.”[iii] Ariana Huffington opines, “Now, more than ever, we must mine the most under-utilized leadership resource available to us: ourselves.” [iv] Princeton’s Nobel Prize winning economist and NY Times columnist Paul Krugman flatly declares that “we’ve already seen the consequences of playing it safe, and waiting for recovery to happen all by itself: it’s landed us in what looks increasingly like a permanent state of stagnation and high unemployment. It’s time to admit that what we have now isn’t a recovery, and do whatever we can to change that situation.”[v] President Obama has said, “This nation wasn’t built on greed. It wasn’t built on reckless risk. It wasn’t built on short-term gains and short-sighted policies. It was forged on stronger stuff, by bold men and women who dared to invent something new or improve something old – who took big chances on big ideas, who believed that in America all things are possible.”[vi]

Needless to say, the pundits are pelting a torrent of opinions and perspectives defining the dimensions of the challenges America and Americans are currently muddling through. No, this writing is not going to be another treatise on the problems. I’m going to focus on what I firmly believe is a both a unique and fundamentally important dimension of the solution.

A generative metaphor – The Questians – provides the structure to integrate frames of reference and perspectives using a multi-disciplinary approach (including humor). A generative metaphor is typically characterized as the bridge to integrate frames of reference or perspectives from one domain to another. As one author says, “Creative leaps are fundamentally a navigation problem. Don’t waste time inventing – it’s out there somewhere; just find it and integrate it.”[vii] The Questians as a generative metaphor is relied upon as both the process and the framework to define prospective solutions to the current reality in a new, more constructive way – “an organic connection from what you can see to what you can’t see.”[viii]

Click Here to begin reading the Introduction to The Questians…

One thought on “The Questians – Foreword by Bill Dahl”