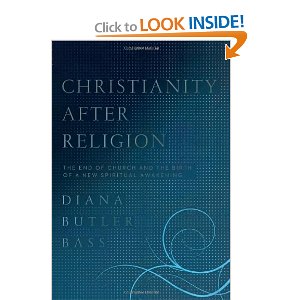 Butler-Bass, Diana Christianity After Religion – The End of Church and the Birth of a New Spiritual Awakening, Harper-One – An Imprint of HarperCollinsPublishers, Copyright © 2012 by Diana Butler-Bass.

Diana Butler-Bass would be the first to tell you that she did not write Christianity After Religion – The End of Church and the Birth of a New Spiritual Awakening, alone in an ivory tower somewhere. Quite the contrary, this book is our story: The story of those who claim the name of Christ in North America. It is a story told by a talented historian, scholar, student, thinker, inquirer, advocate, friend, daughter, author, mother, teacher and wife. It is our story; the story of our past, the present, and the possibilities for our future. It is a story of our humanity, our struggles, our failures, our triumphs and our tragedies. It a the story of a woman who has spent countless years with us, listening intently, observing us, questioning, prodding us to think, probing the history and mystery of the practice of the human pursuit of the divine. It is the story of a people who diversely believe, belong and behave rather passionately (to say the least). It’s the story of how we have come together, agreed and disagreed, formed relationships, neighborhoods, tribes, congregations, communities and a nation. It’s our story. It’s personal. It’s prophetic. It’s real.

At times, this story hurts, makes one angry, confused, perplexed, disgusted and embarrassed. That’s not the story-tellers intention. It’s simply part of our story…an important part of presenting an authentic depiction of where institutional religion came from in this hemisphere, what it has become, a characterization of the current challenges, and a look ahead – down the hallways of hope.

It’s a profoundly challenging story to tell, particularly if the story-teller cares deeply about the individuals and organizations involved, as Diana Butler-Bass clearly does. The task is even more daunting for the story-teller when many of the subjects of this tale are asleep in the comfort of their smug self-righteousness; whose primary desire is to remain undisturbed. Yet, provocation inhabits the purview of the imaginative leader – the story-teller. Diana Butler-Bass does not cower at the prospect nor play patty-cake with the imperative to awaken the slumbering herd to see both the obvious and obscure threats around us, and the nascent opportunities before us. As one author says:

“What if you’re trapped in the wrong space and don’t know it? Blindness is always hard to deal with. After all, how can you discover what you don’t even realize you don’t know? As an imaginative leader, your basic stance should be that there is always something you are blind to that is both a threat and an opportunity.”(2)

Many will be threatened by certain passages in this story. This reaction is predictable, as the history of human civilization confirms the same, particularly when what we thought we knew is being challenged by the outcomes resulting from the thinking we have adopted, and the franchises of faith we have empowered to dispense our truth to the masses. As George Barna has written:

“It’s time to acknowledge that the institutional, programmatic approach to facilitating true faith is as broken as it can get – much more broken than the people being numbered as God’s chosen ones.” (3)

To exacerbate the difficulty of the story-tellers dilemma even further, Diana Butler-Bass is required to provide us with details we would rather not hear: that Christians now comprise a declining percentage of the American populous (p.12), people have aptly demonstrated an increasing willingness regarding their anger toward religion in general, and Christianity in particular (p.17), that the past ten years might be termed The Great Religious Recession (p.20), “unaffiliated” or “none” have become the third largest religious group in the country (p.46), that 44% of residents have departed the faith of their childhood (p.59), that “old church institutions are unsustainable and failing (p.71), that outsiders view Christians as homophobes, judgmental, hypocritical, and out of touch with reality (p.86). etc. etc. etc.

The story-teller must also ask questions; the type of questions that are penetrating, practical and poignant. Questions, frankly, that many would rather avoid than confront; are currently unanswered and buried deep within others; or whose answers were assumed to be a certainty by still others – a certainty shaken by the boldness and characterization of context the story-teller places them within. Examples of these questions are: What Do I Believe (p.111), How Do I Believe? (p.113), Who Do I Believe? (p.114), How Do I Do That (p.142), What Do I Do? (p.145), Why Do I Do That? (p.153).. Having asked disturbing questions, she slays the reader with another possibility: Perhaps Christianity was never intended to be primarily a structured belief system. (p.119).

The story crafted here by Diana Butler-Bass explores the realm of the unspoken what-ifs that inhabit the mind and hearts of Christians everywhere: What if it’s our behavior that matters versus the group to which we belong and the belief systems that reign therein? What if the essence of faith is a divine encounter in daily life? (p. 123). What if we’re wrong about the way we are currently practicing the Christian faith? What if we’ve become captives to our creeds, deceived by our dogma, and prisoners to current practice? Harvey Cox, )former Hollis Professor of Divinity emeritus at Harvard) suggests the following in his book, The Future of Faith; “Christianity is the story of a people of faith who sometimes cobbled together creeds out of beliefs. It is also the history of equally faithful people who questioned, altered and discarded those same creeds.”(3) What if we’re currently enmeshed in a struggle of building walls vs. bridges, of protection vs. the prospects of connection, or the penchant to compete vs. the desire to complete? Consider the merits of the following:

“If there is a single maxim that runs through this book’s arguments, it is that we are often better served by connecting ideas than we are by protecting them. Like the free market itself, the case for restricting the flow of innovation has long been buttressed by appeals to the “natural” order of things. But the truth is, when one looks at innovation in nature and in culture, environments that build walls around good ideas tend to be less innovative in the long run than more open-ended environments. Good ideas may not want to be free, but they do want to connect, fuse, and recombine. They want to reinvent themselves by crossing conceptual borders. They want to complete each other as much as they want to compete.” (emphasis is mine) (4).

If all the above were not befuddling enough, the author confronts us with the incredibly sensitive issue of our own identity. She unties us from the mooring to the the dock – within the safe harbor of certainty when she asks: Who Am I? (p.173), Where Am I? (p.175), Whose Am I? (p.182), Where Am I Going? (p.196), and With Whom? (p.196).  Yet, the story-teller is duty bound to encourage. Diana Butler-Bass does not disappoint us. Listen to the following from her heart: “Belonging is the risk to move beyond the world we know, to venture out on pilgrimage, to accept exile. And it is the risk of being with companions on that journey, God, a spouse, friends, children, mentors, teachers, people who came from the same place we did, people who came from entirely different places, saints and sinners of all sorts, those known to us and unknown, our secret longings, questions and fears. Whose am I? O God, I am thine!” (pp.197-198).

The way ahead always seems counter-intuitive to those plastered in place in the present. The story-teller strips the old wallpaper away, revealing the possibilities inherent within a new approach; one in which: “Behavior opens the door for believing. Doing what once seemed difficult or impossible empowers courage to envision a different world and believe we can make a difference. Without practices, faith is but an empty promise.” (p.208).

In conclusion, the story-teller guides us through what she envisions as The Great Awakening; a movement that has no name (p.247). Yet, it is one that is inhabited by “a generative spirit, a creative and innovative openness, a sense of hope-filled realism, of pragmatic idealism, of an interconnectedness of all things, of urgency and wonder, and of experiencing the divine in the here and now.” (p.247). She adds, “Awakening is not a miracle we receive; it is actually something we can do.” (p.251)….I can make a difference. You can make a difference. We can make a difference…God makes a difference…We must prepare, practice, play and participate (p.259). Yet, it’s up to us:

“It’s our awakening. It is up to us to move with the Spirit instead of against it, to participate in making our world more humane, just and loving.” (p.269).

This book, this story, our story is about life; life with God, self, one another, the other and world we are privileged to inhabit. It encompasses past, present and future. Diana Butler-Bass is a savant. She is the teller of a desperately important, timely, meaningful, sensitive, tragic and prescient story. We are so very fortunate to be present to receive this gift, her gift, to us; Christianity After Religion – The End of Church and the Birth of a New Spiritual Awakening.

This book should be embraced as an awakening to the prospects for celebration. In honor of the author’s history of florists in the family, a poignant quote is in order; a quote that captures the essence of the beauty of hope that this book represents. This book is one in which we are awakened to see, to nurture, and to celebrate what theologian, thought leader, author and activist Brian McLaren refers to as: “the green tips growing out on many of the fragile branches of the ancient tree of faith and spirituality that has been growing throughout history.”(6)

Yet, one must pause and then ponder the green tips of new growth budding on the ancient tree of faith and spirituality. Diana Butler-Bass has done just that – for us. I urge you to buy this book and do just that. I read in excess of a hundred books a year. Books like Christianity After Religion – The End of Church and the Birth of a New Spiritual Awakening come along about once every five years. You’ll be blessed by this book. Trust me. I was. If you feel a torque in your torso while reading this book, don’t fret. It’s just your heart being rearranged in your chest. Expect it. Embrace it. This book was birthed to blossom and bear fruit… 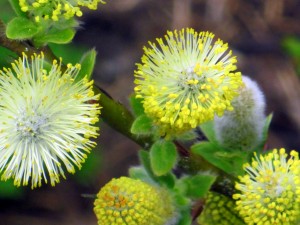 Then again, it’s up to you.

Thanks is insufficient for a magnificent story like this.

In any event, thank you Diana!!! 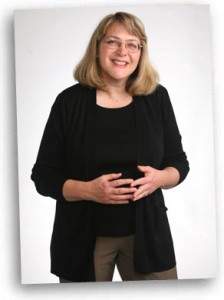