I have always possessed an immense amount of respect for the work and life of Brian McLaren. Brian has been an encourager of my thinking and writing for several years now. 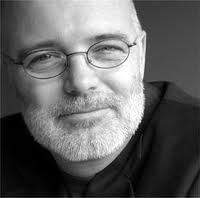 Last week, Brian completed reading my writings (Foreword, Intro and first three chapters) entitled The Questians. He blogged about it on his site and this act has resulted in hordes of readers exploring The Questians. Once again, Thank you Brian!

Here’s what Brian McLaren says about The Questians:

Great work on the Questians! It’s as fun as it is insightful …

I look forward to future installments …

Bill Dahl is releasing The Questians serially on his site. The first three chapters are available now, with more to come. Bill’s a great storyteller and mixes intelligence and insight with a wicked sense of humor. Quotable:

The predominant thought that occupies the minds of an inmate can be reduced to one question: “What am I going to do when I get out?” Seated on the bunks of our cells, too many of us gaze at the bars of our lives that the Qage mentality has erected before us. A wall protects but also imprisons. Every fortress is also a jail.”[xix] Such is the tension that inhabits the gap within human existence – that space between what you think your life is – and what it might become – when I get out. For far too many of us, the Qage mentality is an operative illusion, limiting us to passively accepting the conditions of our current confinement. That’s no way to live. Questians understand “Creative thoughts evolve in this gap filled with tension – holding on to what is known and accepted while tending toward a still ill defined truth that is barely glimpsed on the other side of the chasm.”[xx]

Click here to begin reading the Foreword to The Questians!