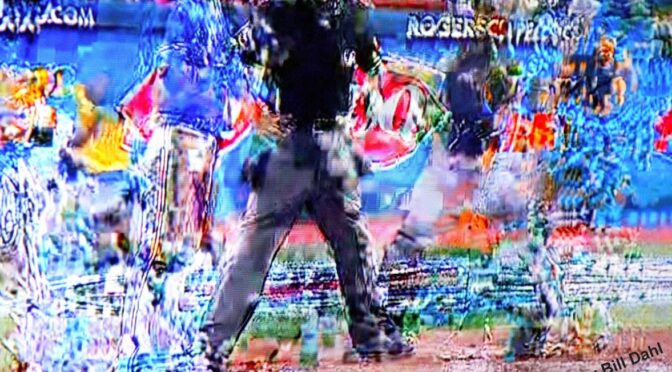 I am a self-confessed baseball fan; a baseball nut! I just love the game. I played baseball as a child, boy, teenager,  young adult and adult. During the 1960’s I watched the Tacoma Giants play an annual exhibition game against the San Francisco Giants. (a 4 mile walk to the stadium). I would watch from a hill that towered above right field (aka Tightwad Hill – now Foss High School) because my family didn’t have the money for a ticket. I brought my dad’s transistor radio to listen to the radio broadcast perched on that hill. I watched live on local television when on September 27, 1963, President John F. Kennedy (1917-1963) gave a speech at Tacoma’s Cheney Stadium.  This was my introduction to the players of the day including Willie McCovey, Willie Mays, Gaylord Perry, the Alou brothers, and Juan Marichal.

At that time, our family had a black and white television. Yes, it had rabbit ears. We had reception on 3 channels; 4, 5 and 7. One day, my dad declared we now had reception on 2 new channels; 11 and 13. With channel 11, we were able to see one MLB game a week. At that time, I received my introduction (via TV) to two more M’s; Mantle and Maris. The childhood memories of watching Triple-A baseball in-person via a transistor radio and the first television images of live MLB baseball remain precious to me. Baseball is precious to me.

Yes, I have attended the World Series – more than several times, along with numerous playoff games.  We currently enjoy the subscription service to MLB.TV – where we can watch any game live or replayed. I listen to baseball podcasts and live, local TV and radio broadcasts about the Mariners.

My wife and I now reside in central Mexico (Santiago de Queretaro, Queretaro MX). I was born and raised in the Seattle area and have been a dedicated Seattle Mariners fan since April 6, 1977, when the franchise played their first game in front of a sell-out crowd of 57,762 at the Kingdome – losing 7–zip to the California Angels.

During the 1990s, the respective ownership groups of the Seahawks’ and Mariners’ began to evaluate the suitability of the Kingdome as a venue for each team, threatening to relocate unless new, publicly funded stadiums were built. Yes, I was one of those people who actually called into radio stations and was live on the air advocating for the public funding of new stadiums for the Mariners and Seahawks. Seattle, for several months, was on the verge of losing major league baseball. Thank heaven, it didn’t happen. The relief was like a 98 mph fastball barely missing your skull. As Seattle discovered by losing their NBA franchise (Seattle Supersonics), if you lose a major sports franchise, it is a miserable and expensive journey to lure back what you’ve lost.

Yes, I was in attendance when the Mariners lost the AL championship series to the damn Yankees in 2001; a Mariners team that won 116 games that season – a record of wins (116) matched only by the 1906 Chicago Cubs.

Well, since 2001, there has not been a great deal to get excited about regarding our Seattle Mariners. That’s twenty years. Recently, all hell has broken lose in Seattle over the Mariners “rebuilding strategy” and their performance on the field. Seattle area sports talk radio programs have been going berserk over the 2021 Mariners. Here are a few examples of the remarks from numerous radio broadcasts: “Fire the manager, get new ownership, fire the hitting coach, spend money for veteran players, get rid of catcher Luis Torrens, and utility man Jose Marmolejos (both at Triple-A affiliate Tacoma), get rid of the GM.”

From a fan’s perspective, here’s my take:

About an hour later, there’s some audible rustling from the backseats. Suddenly, three heads appear between Haniger and Seager. It’s Kyle Lewis, Jarred Kellenic, and Ty France. They’re smiling like Cheshire cats. Lewis asks quizzically; “When are we going to get there guys?” Seager glances at Haniger and replies: “Relax, we’re making progress. Just one day at a time, one game at a time…we’ll get there…together. Trust us.” The three heads retreat back to their seats. Haniger turns his head toward Seager and whispers, “We’re gonna be fine.” Seager, looking straight ahead mutters, “Yep.”

No! I am not one who supports trading Haniger in July 2021 for more veteran talent on this club. As I shared above, baseball can create lifelong, positive impacts on kids. It teaches more than we know. Seattle needs to calm down and embrace the blessing of the privilege to witness, patiently, the improvements that will unfold before us. Yes, it’s been a rough 20+ years for Mariners fans. I get that. I am one of you. Our former TV has dents in it. However, it’s time to get behind this team. Support them. Cherish the journey. Expect to be disappointed. Expect improvement.

As you watch the young Seattle Mariners this season and beyond, think of “The M’s” I have referred to in this true story of my life as a baseball fan; McCovey, Mays, Marichal, Mantle and Maris. The young men you are watching on today’s M’s team just might evolve before your eyes to players who will have long and productive careers, just as the M’s of my youth displayed for me. I hope so.

Remember the Supersonics! Nothing tastes better than a hot dog at the ballpark. Support the rebuild! Support the M’s! Please don’t screw this up Seattle! Adults always mess life up for the kids.

Remember – Martinez starts with an M too…